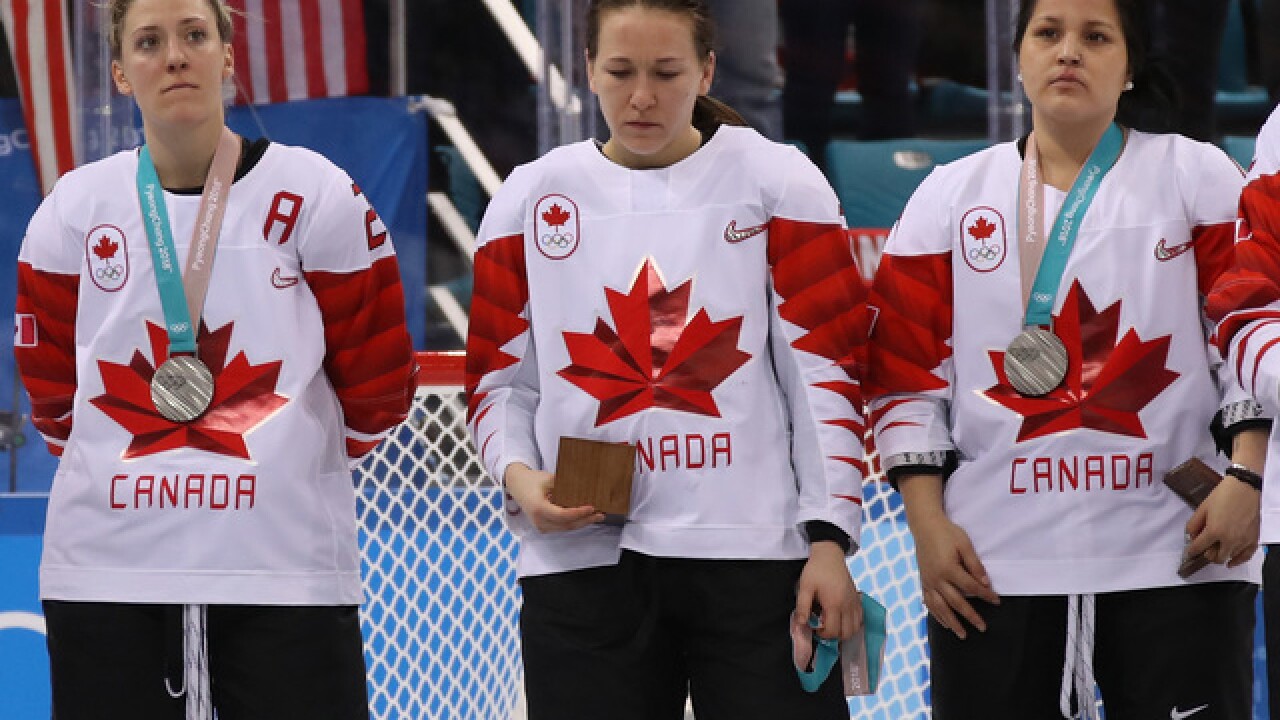 Copyright 2018 Scripps Media, Inc. All rights reserved. This material may not be published, broadcast, rewritten, or redistributed.
Bruce Bennett
GANGNEUNG, SOUTH KOREA - FEBRUARY 22: Jocelyne Larocque #3 of Canada refuses to wear her silver medal after losing to the United States in the Women's Gold Medal Game on day thirteen of the PyeongChang 2018 Winter Olympic Games at Gangneung Hockey Centre on February 22, 2018 in Gangneung, South Korea. (Photo by Bruce Bennett/Getty Images)

Canadian women's hockey player, Jocelyne Larocque, was not too happy with her team's second place finish to team USA.

The 29-year-old defensman removed her silver medal immediately after she received it, following a 3-2 shootout loss.

Canadian fans weren't too happy with Larocque, who was also part of team Canada's gold medal win in Sochi and has been involved with the team since 2008.

#JocelyneLarocque you are an embarrassment to Canada and Manitoba not even wearing your silver medal. Ripped it off once it was put on. Maybe you should concentrate on less turnovers instead of embarrassing your province and country

But besides opinions about her sportsmanship, it turns out, according to The Globe and Mail, removing her medal was actually illegal.

Nearly 30 minutes after the match, an official from hockey's governing body approached her and told her -- regardless of emotion -- she had to put the medal back on.

"(Getting a silver medal was) just hard," Larocque said after the game. "We were going for gold ... once we reflect (the silver medal will provide consoloation). But now, not at the moment."

For as devastated as team Canada was, team USA's elation could be felt on a global scale.

After four straight Olympics worth of losing to Canada, team USA--on the 38th anniversary of the famed "Miracle on Ice"--there was another miracle, this time in Pyeongchang.

So, while Canada decides whether or not Larocque's actions were unsportsmanlike or a display of raw emotion, team USA will continue to celebrate and revel in their historic performance.