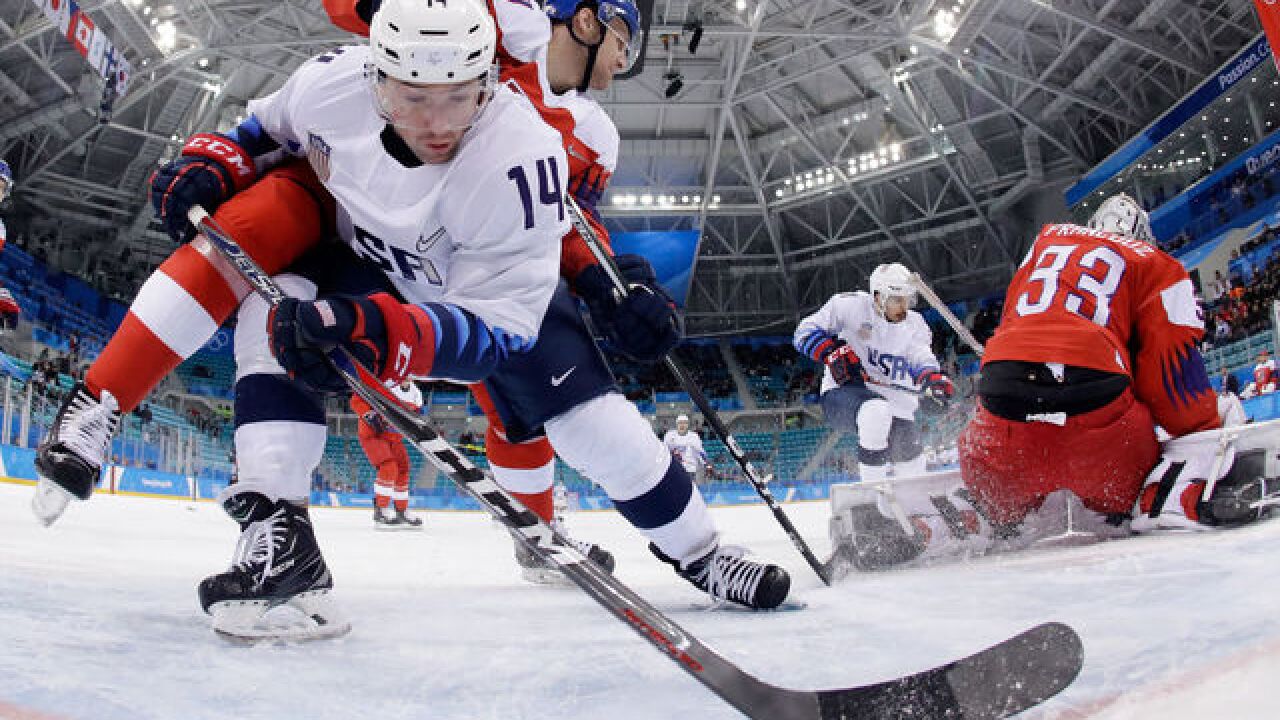 Image copyright 2018 Getty Images. All rights reserved. This material may not be published, broadcast, rewritten, or redistributed.
Pool
<p>GANGNEUNG, SOUTH KOREA - FEBRUARY 21: Broc Little #14 of the United States collides with Tomas Kundratek #84 of the Czech Republic during the Men's Play-offs Quarterfinals on day twelve of the PyeongChang 2018 Winter Olympic Games at Gangneung Hockey Centre on February 21, 2018 in Gangneung, South Korea. (Photo by Pool/Getty Images)</p>

Pavel Francouz stopped all five shooters and Petr Kouka scored the shootout winner as the Czech Republic eliminated the United States men's hockey team with a 3-2 victory in the quarterfinals at the Pyeongchang Olympics.

Jan Kovar and Tomas Kundratek scored in regulation Wednesday for the Czech Republic, which was fresher after winning its group and getting a bye into the quarterfinals. The U.S. looked fatigued after facing Slovakia in the qualification round and was outshot 29-20.

Ryan Donato and Jim Slater scored for the U.S, which again was led by its youngest players, including speedster Troy Terry. U.S. goaltender Ryan Zapolski allowed three goals on 29 shots and one in the shootout. The Czech Republic's Pavel Francouz stopped 18 in regulation and overtime.