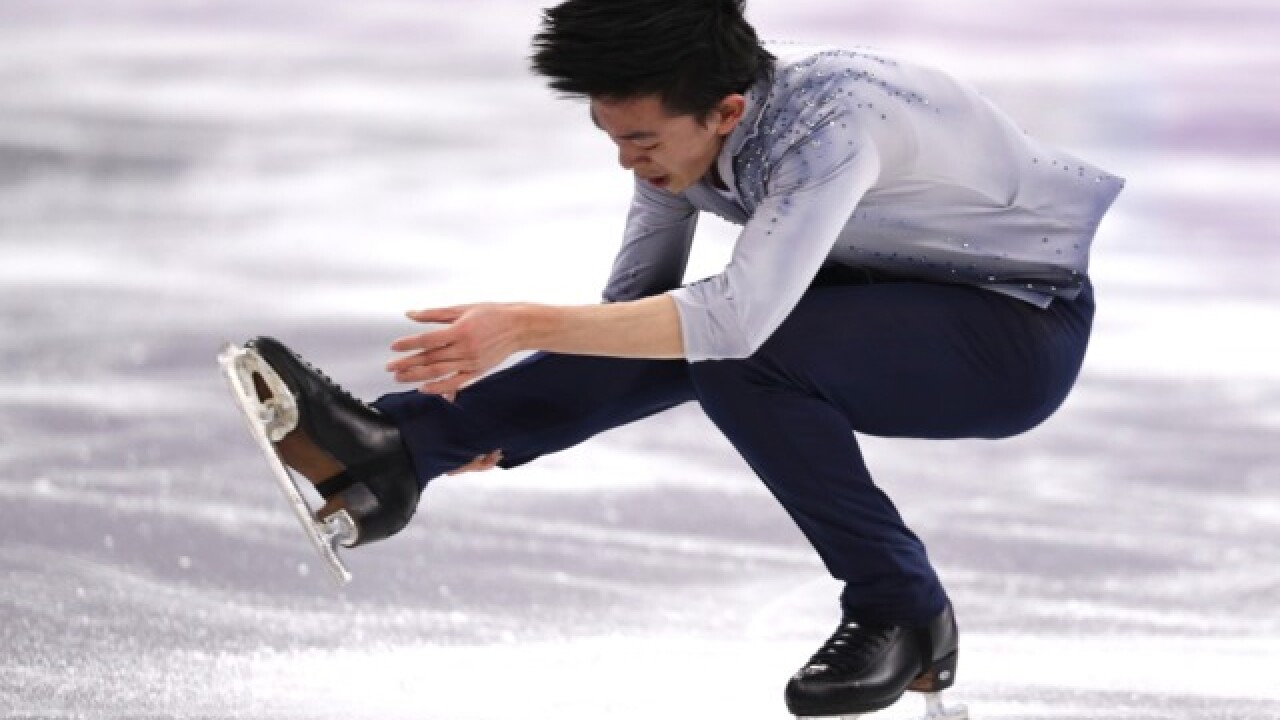 Zhou became the first figure skater to land a quad lutz in Olympic competition when the 17-year-old American hit the four-rotation jump leading into a triple toeloop to open his short program.

Two other skaters are trying the quad lutz in the short program. More will try in the free skate.

Zhou first landed the quad lutz during his warmup, while he was waiting for the scores of France's Chafik Besseghier to be read. Zhou says he's always attempted a difficult jump just before his program to get his legs under him, and that it was a quad salchow before he learned the quad lutz last year.

Zhou scored a season-best 82.53 points Friday, easily the best of the first group of skaters.