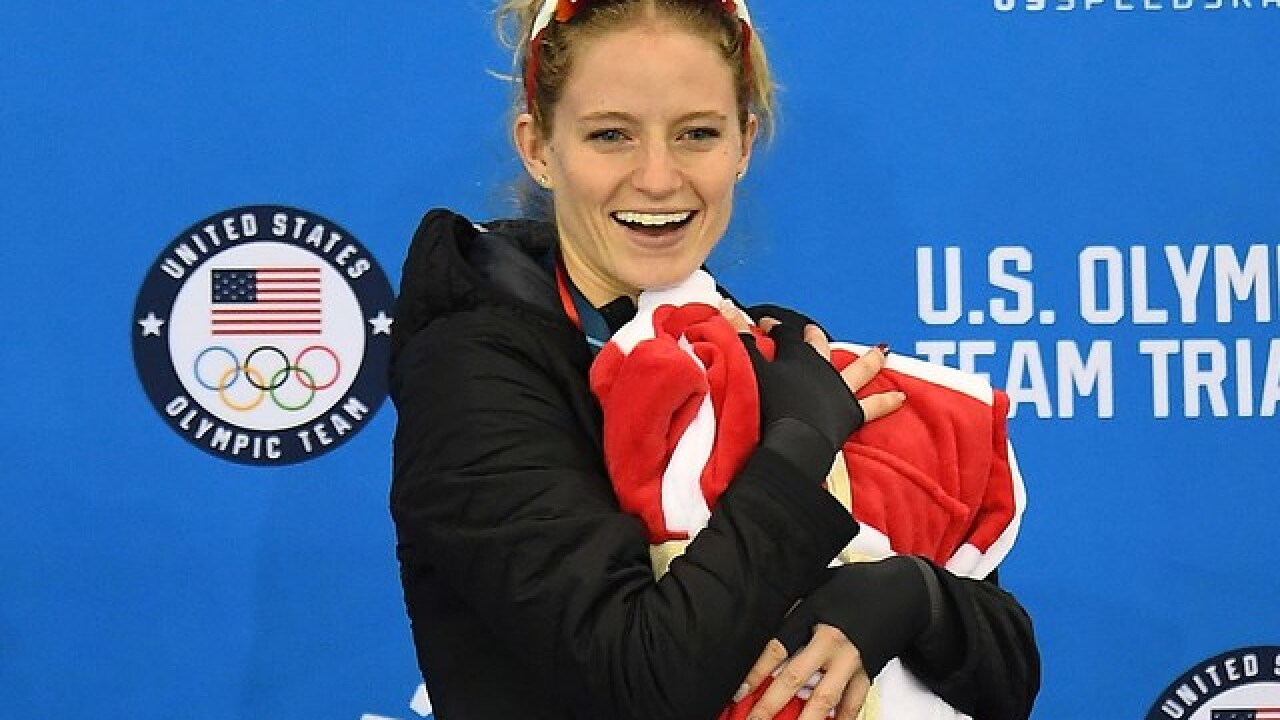 After failing to qualify for the Vancouver Olympics in 2010, Mia Mangello made the difficult decision to quit on her dream of becoming an Olympic speed skater.

Throughout her entire life--since she was eight years old-- all she knew was skating . She began her career in 1997  in-line skating in her hometown of Crestview, Florida, brought home numerous National Championships and even set a few National records.

At age 13, she left roller skating behind --and her Florida home-- to train for her newest passion in Salt Lake City, Utah, speed skating, and spent nearly every waking moment for nine years on the ice.

Following the disappointment in 2010, Mangello had Mentally and physically met her limit, and she needed a change of pace. So, she untied her skates and mounted a bike.

For the next six years, she threw herself into cycling and loved it, but after a trip to Utah in 2015, she couldn't shake the feeling that her real home was on the ice.

On Saturday, her dream of becoming an Olympian finally came true. With a time of 1:59.28, she finished third in the 1500 meter race against an incredibly tough field.