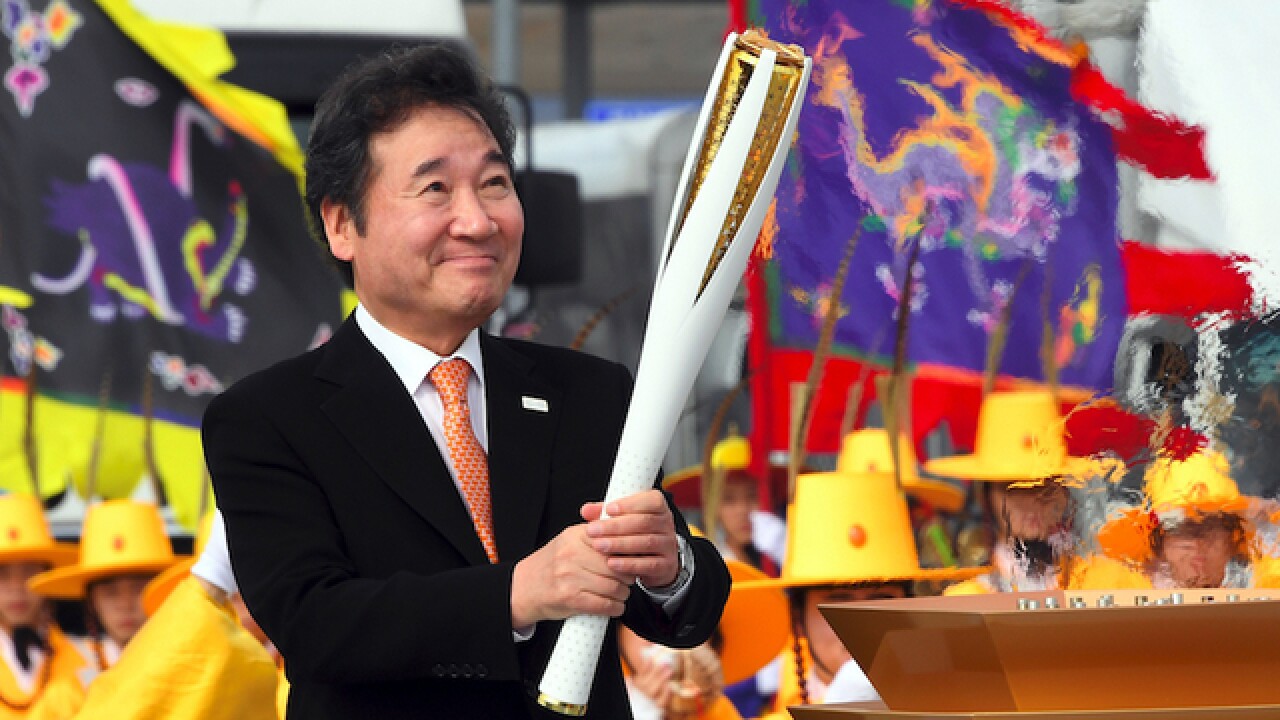 Marking 100 days until the PyeongChang Winter Olympics, the Olympic flame has once again arrived on South Korean soil.

Thirty years after the 1998 Seoul Summer Olympics, the flame arrived at Incheon airport to a show of singing, dancing and speeches.

South Korea's favorite figure skater and former Olympiad, Kim Yuna and Prime Minister Lee Nak-yon stood side by side to ignite the flame to a ceremonial cauldron and start the Olympic torch relay.

Over the coming months, 7,500 torchbearers will carry the flame 2,018 kilometers around South Korea before arriving at PyeongChang Olympic Stadium on Feb. 9.

Touring the stadiums, arenas and villages ear-marked for the Olympics, work is still ongoing, but officials say the construction itself is more than 99% complete and their message is undeniably upbeat.

But there is one very unique issue for a South Korean sporting event -- its northern neighbor.

Security is a top concern for any Olympics, winter or summer, but with PyeongChang events happening roughly 80km away from North Korea, concerns are heightened.

An accelerated missile and nuclear testing regime and increased verbal animosity between the leaders of the US and North Korea have overshadowed what organizers were hoping would be a consistent buildup of excitement and anticipation for the Games.

They're acutely aware that the way Pyongyang behaves from now until February could have a significant impact on the success of PyeongChang, but South Koreans have always managed to carry on regardless in the face of North Korean threats.

"A lot of national Olympic committees and the athletes have expressed concerns," says Nancy Park, spokesperson for the Pyeongchang Organizing Committee for the 2018 Olympic & Paralympic Winter Games (POCOG), "but at this time no one has said they are not going to come to the Games, everyone has committed."

The Secretary General of the organizing committee POCOG, Yeo Hyungkoo, says athletes and visitors have nothing to worry about.

"There has been tension between North and South Korea for decades, but we have still successfully hosted the 1988 Seoul Olympics, the 2002 World Cup, the 2011 World Athletics Championships, three Asian Games, and three Universiades -- we've learned from every event."

Security drills held in Seoul recently demonstrated preparations for any eventuality. Those drills included special forces abseiling down the front of a downtown skyscraper to deal with a hostage situation, heavily armed forces driving in to intercept a bus hijack, a car chase to apprehend an attacker.

Local restaurant owners have already translated their menus into English, Japanese and Chinese, preparing for what they hope is an influx of international tourists.

One voiced frustration that she thought North Korea was stealing their thunder, but organizers hope marking 100 days before the Games will ensure people are talking about PyeongChang, rather than Pyongyang.