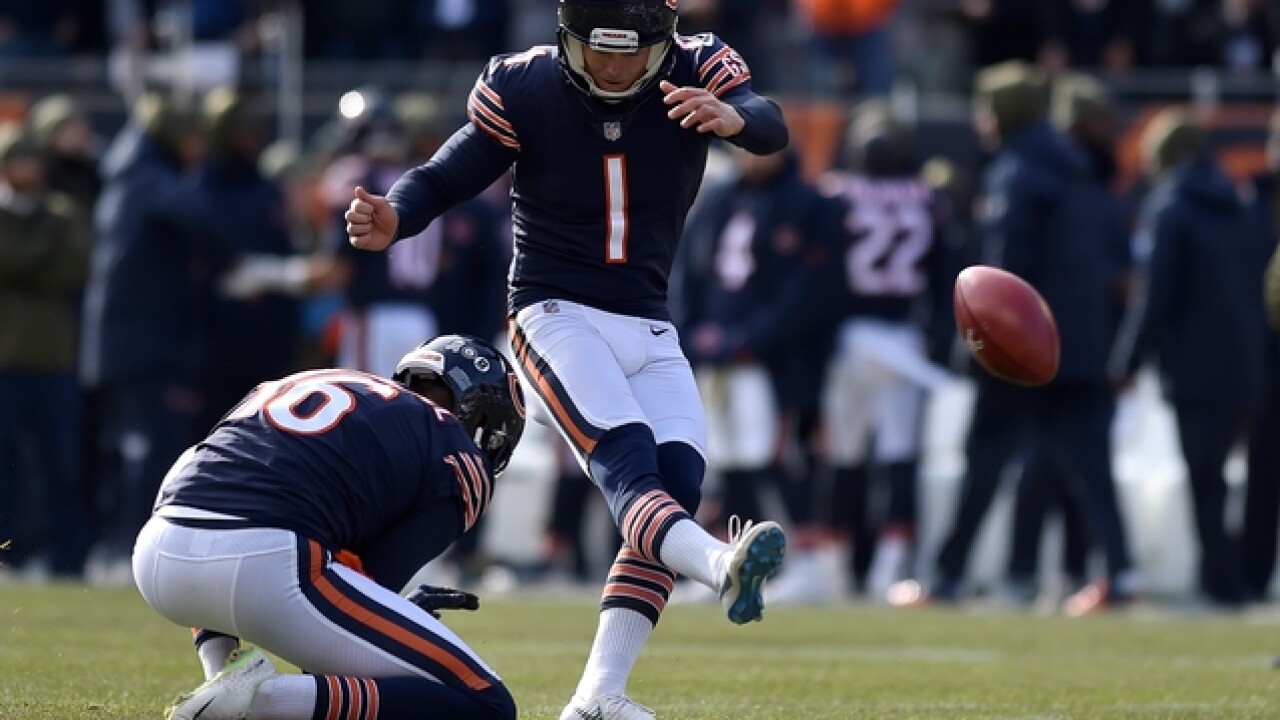 Kickers have found no luck in the NFC North this season.

Blame it on the weather conditions or fierce competition they are facing, but kickers in the division are having one of the worst seasons in recent memory.

Chicago Bears kicker Cody Parkey was just added to the list after he hit the upright four separate times Sunday against the Detroit Lions.

The chances of hitting the uprights four times is almost 'comical' according to Parkey. Thankfully for Chicago, the Bears still got the win.

But this goes along with the theme of bad kicking in the division.

Green Bay Packers kicker Mason Crosby missed five field goals in a game against the Lions earlier this season which would have won the Packers the game.

The Minnesota Vikings had to cut kicker Daniel Carlson after missing three field goals against the Packers, leading to a tie.

All eyes are on Lions kicker Matt Prater to see how and when he will join the list.