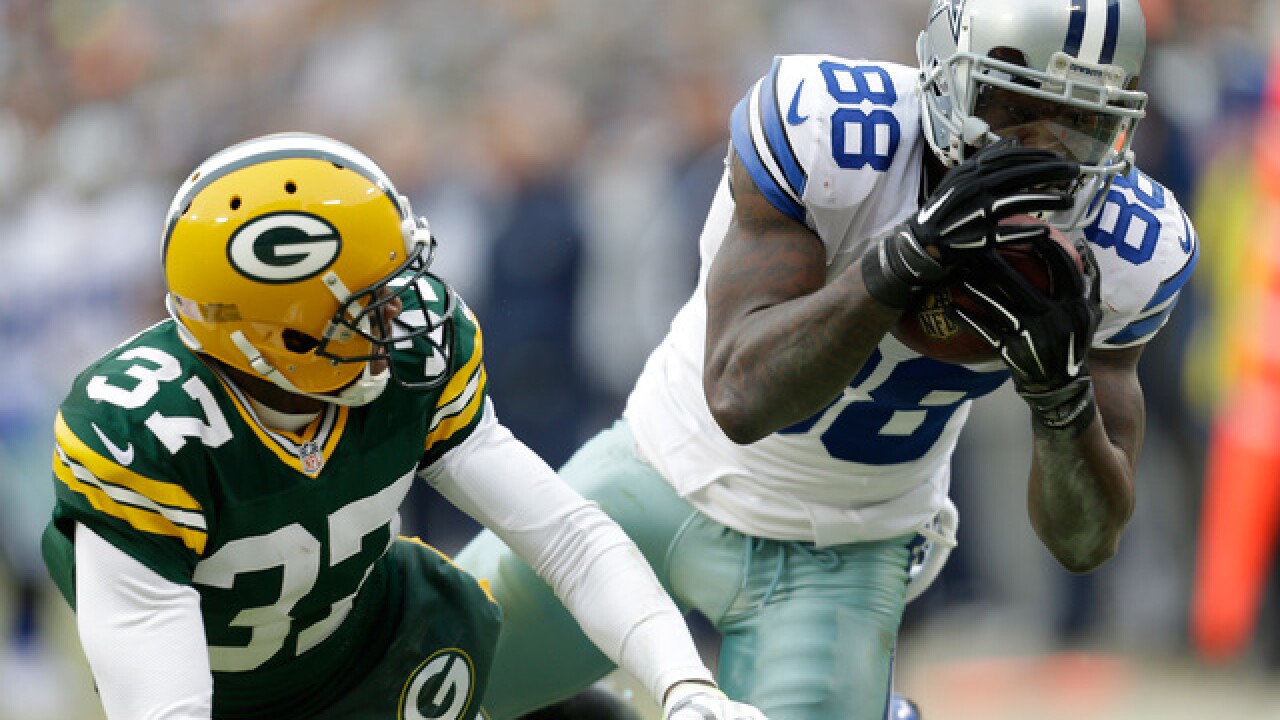 Copyright 2018 Scripps Media, Inc. All rights reserved. This material may not be published, broadcast, rewritten, or redistributed.
Mike McGinnis
GREEN BAY, WI - JANUARY 11: Dez Bryant #88 of the Dallas Cowboys attempts a catch over Sam Shields #37 of the Green Bay Packers during the 2015 NFC Divisional Playoff game at Lambeau Field on January 11, 2015 in Green Bay, Wisconsin. Initially ruled a catch, the call was reversed upon review. (Photo by Mike McGinnis/Getty Images)

The NFL's catch rule could get less complicated in 2018.

During the league's annual meetings that begin next Monday, March 26 in Orlando, Florida, one of the first orders of business will be a proposal by the competition committee to clarify what is a catch.

“Catch/no catch is at the top of everyone’s minds,” Troy Vincent, the NFL’s football operations chief, said Wednesday before outlining the committee’s recommendations.

The committee's plan is to clarify the part of the rule involving a receiver going to the ground.

A player is considered to be going to the ground if he does not remain upright long enough to demonstrate that he is clearly a runner. If a player goes to the ground in the act of catching a pass (with or without contact by an opponent), he must maintain control of the ball until after his initial contact with the ground, whether in the field of play or the end zone. If he loses control of the ball, and the ball touches the ground before he regains control, the pass is incomplete. If he regains control prior to the ball touching the ground, the pass is complete.

The change would be an elimination of a catch being negated for slight movement of the ball while it is in receiver's possession. Basically, if the ball jiggles in a receivers hands, it will still be considered a catch.

The rule change meant to clear up some of the NFL's more infamous debacles with Dez Bryant and Jesse James.

“We were at the point as far as players and particularly coaches who asked, ‘Why is that not a catch?’” Vincent said. “We talked to fans, coaches and players and we asked the groups, ‘Would you like this to be a catch?’ It was 100 percent yes.

“Then we began writing rules that actually apply to making these situations catches.”