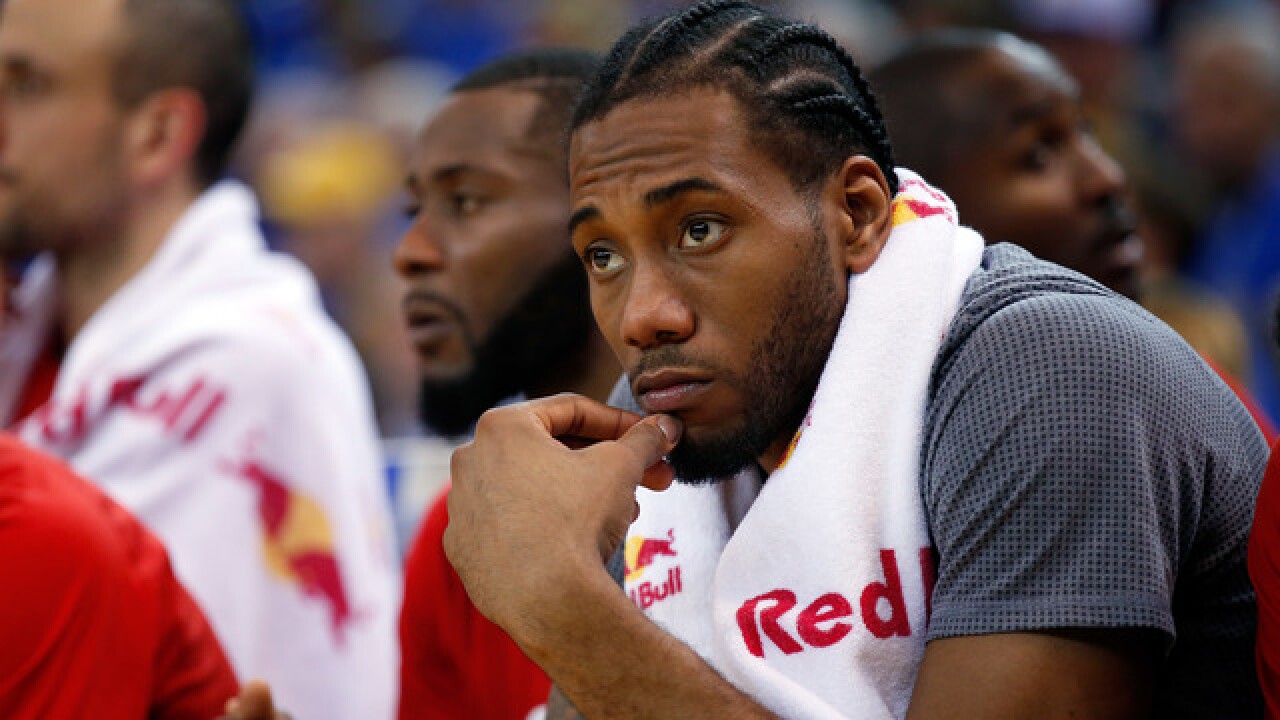 Copyright 2018 Scripps Media, Inc. All rights reserved. This material may not be published, broadcast, rewritten, or redistributed.
Ezra Shaw
OAKLAND, CA - JANUARY 25: Kawhi Leonard #2 of the San Antonio Spurs sits on the bench during their loss to the Golden State Warriors at ORACLE Arena on January 25, 2016 in Oakland, California. NOTE TO USER: User expressly acknowledges and agrees that, by downloading and or using this photograph, User is consenting to the terms and conditions of the Getty Images License Agreement. (Photo by Ezra Shaw/Getty Images)

Free pizza and beer sounds like a party worth going to, but it might not be enough to keep Kawhi Leonard in San Antonio.

The company released a note to Leonard in an attempt to keep him in Texas.

"We know things have been kind weird this season. Lots of rumors, finger pointing, questioning loyalty and what not," the note read. "So, here's the deal. Let's forget about this past season. We want you back, and to prove it we'll give you free pizza and beer for life. No Joke."

The note ended with a bittersweet XOXO.

To recap the Kawhi Leonard saga, Leonard was cleared to play by team doctors after recovering from a quad contusion. But Kawhi's camp said the superstar wasn't ready to suit up.

So, he watched on as his team stumbled into the playoffs and were soon wiped away in four games by the Steph Curry-less Warriors.

His "camp" consists of his agent, Mitch Frankel, and uncle Dennis Robertston, among others. And they believe Leonard has needed to sit out due to muscle ossification or hardening, according to an ESPN report.

A league source told ESPN, "Kawhi is the same person. The only thing that has changed about him is the people speaking for him now."

So, Freetail Brewing is hoping both sides can look past all of the issues and, as it normally is, they're hoping beer and pizza can be the ultimate mediator in mending broken friendships.

However, they are aware that beer and pizza isn't the ideal diet for pro athletes, but who can resist a cheat day every now and again?