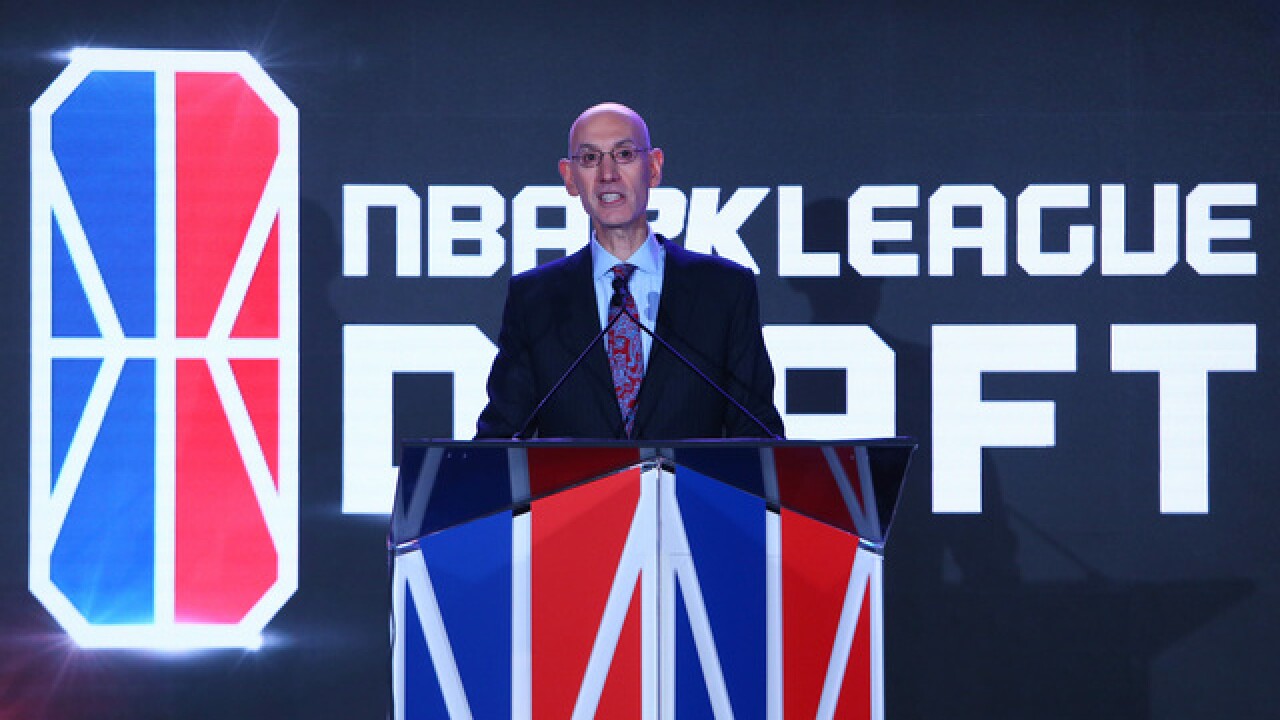 The wage gap between WNBA and NBA players is already insane, but now, virtual NBA players are threatening to make more than some WNBA players.

The minimum WNBA salary is 40,439 per year for players with less than two years of experience.

But it's not just the women's game, the NBA's G-League players don't make much more--some even make less.

Two-way players have it lucky. They can make up to 75,000 thanks to the flexibility of being put on an NBA roster, but players on strictly G-League contracts can make a maximum of 26,000 dollars.

But NBA Commissioner didn't comment on the figures today. Instead, he discussed the sustainability of the new 2K league.

"We view this in the same way as those other leagues as something that we're going to develop over a very long time, and we're building this as a league that's going to be around forever," Silver said.

In 2014, Sports Illustrated did a piece on Skylar Diggins, a Notre Dame grad and then point guard for the Tulsa Shock.

The 24-year-old, 5-foot, 9-inch guard discussed her strict diet of carb-cycling, her hydration routine, and her daily body workouts.

Those workouts led her a WNBA's most improved player nomination in 2014.

As for Artreyo Boyd, known by his gaming name Dimez, his workout wasn't as health-focused.

"Everybody always asks me how much I play," Dimez said. "I don't really have a specific time but I play every day, all day. Almost literally 24 hours, maybe 16 hours. I play every day as much as possible, and that's not going to stop now."

There's no doubt Dimez's strategy worked. To be eligible for the league, players had to win 50 2K games in January, 72,000 qualified and were put in a combine-style format of competition and interviews to whittle to pool down to 102.

Dimez's salary is eye-popping right now, but in the coming years, it could grow even higher.

There are partnerships with Dell and Intel to make them the official equipment of the league -- though like a player choosing his own sneakers, gamers are allowed to use the controller of their preference.

Games will be played at a couple of central locations in the first season, though the NBA hopes of eventually having esports teams compete in NBA arenas in front of their home fans.

Dr. Matthew H. Zimmerman, an assistant professor of Sports Studies at Mississippi State University, believes that kind of growth is possible, with the number of gamers and esports fans who are already paying to watch games in person and online.

"Staples Center has hosted sold-out esports events, for instance," he said. "The NBA has seen people pay money to watch video games in one of their venues. And they want to be involved in esports as it looks like it will continue to gain in popularity. Think it's easy to conclude that other professional sports leagues are interested in what happens next."