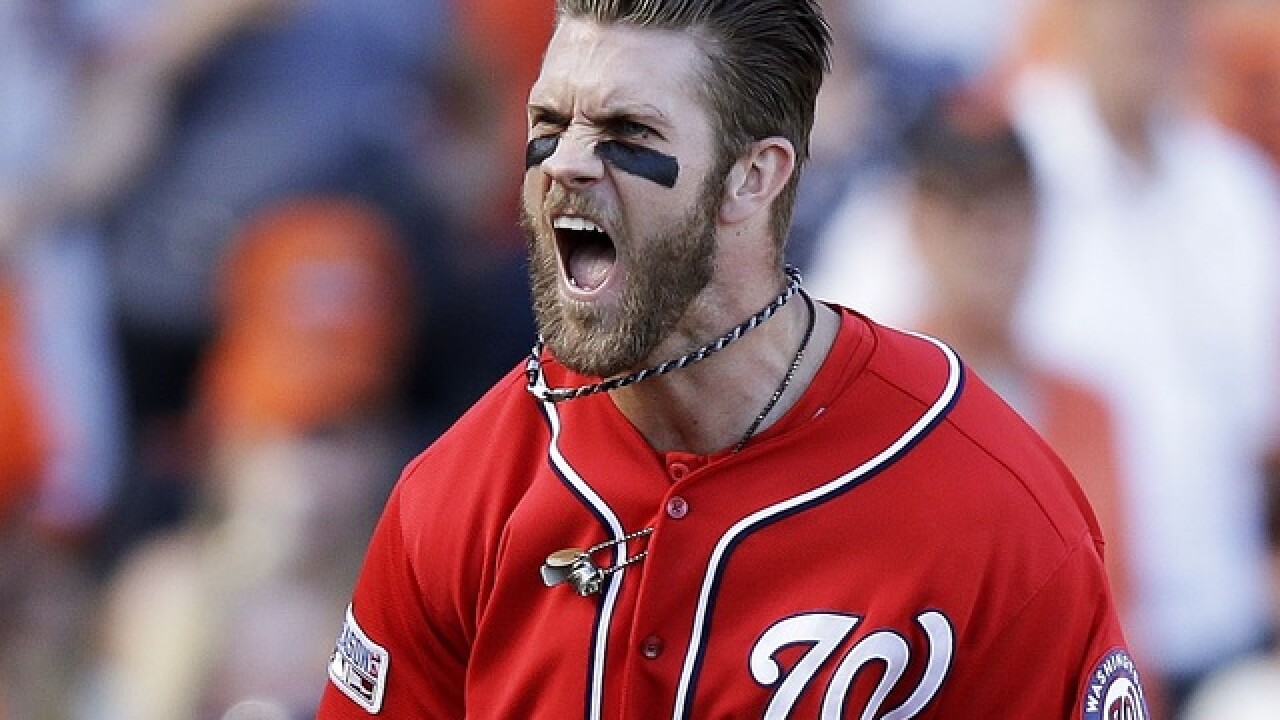 Copyright 2017 Scripps Media, Inc. All rights reserved. This material may not be published, broadcast, rewritten, or redistributed.
Ezra Shaw
<p>SAN FRANCISCO, CA - OCTOBER 06: Bryce Harper #34 of the Washington Nationals celebrates after scoring on a throwing error by Madison Bumgarner #40 of the San Francisco Giants in the seventh inning during Game Three of the National League Division Series at AT&T Park on October 6, 2014 in San Francisco, California. (Photo by Ezra Shaw/Getty Images)</p>

SAN FRANCISCO -- Benches cleared and a massive on-field brawl ensued after Washington Nationals star Bryce Harper was plunked and charged the mound in the 8th inning of Monday's game against the San Francisco Giants.

It all started when Giants pitcher Hunter Strickland hit Harper in the hip in the top of the 8th inning. Harper wasted no time in charging the mound. Here's the video:

Hunter Strickland drilled Bryce Harper and punched him in the face when Harper charger him pic.twitter.com/7QNliRl55K

Things escalated quickly from there. Harper threw his helmet, and the two started trading blows. Within seconds, both teams' benches had cleared and a massive brawl had formed around the pitching mound.

As ESPN MLB reporter Buster Olney noted on Twitter, this isn't the first time Harper and Strickland have beefed:

Bryce Harper and Hunter Strickland have a lot of history before this brawl today. No. 1 https://t.co/aZgfr5uxAe No.2 https://t.co/lXdktfsLqM

The Nationals lead the Giants 3-0 as of the bottom of the 8th inning. There will likely be suspensions coming for both Harper and Strickland.