James Paxton got a surprise during national anthem 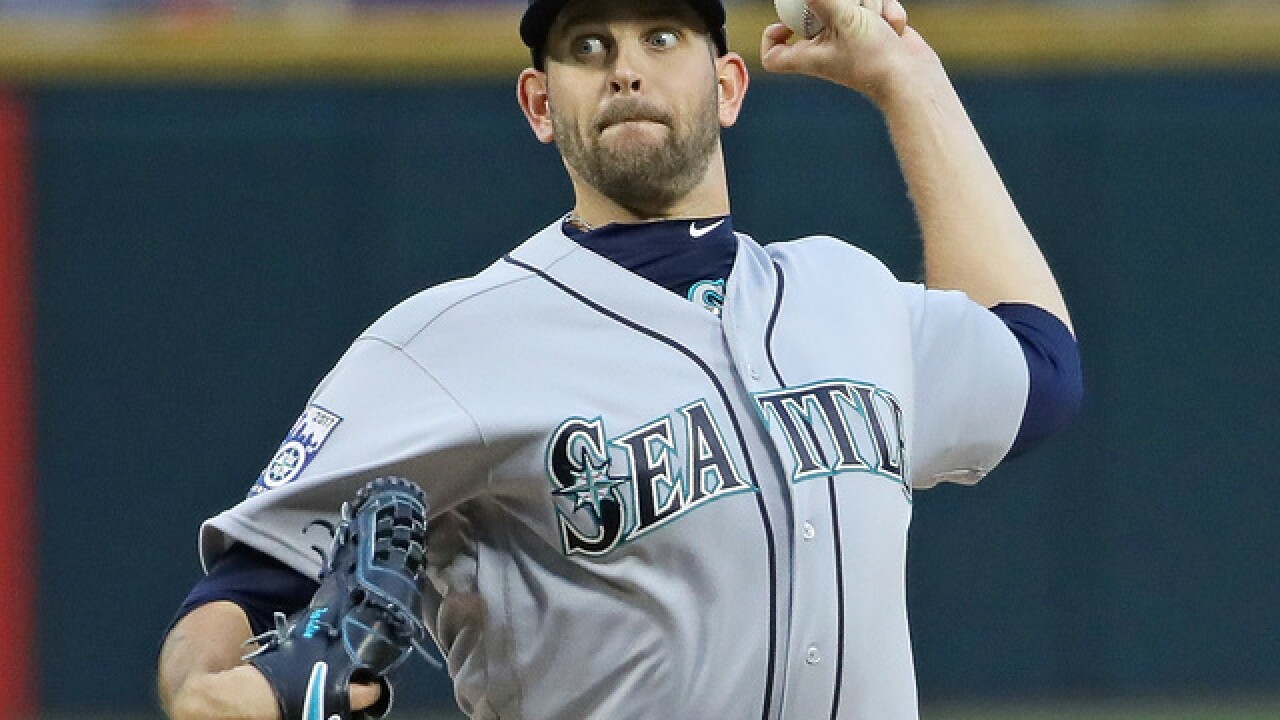 Copyright 2018 Scripps Media, Inc. All rights reserved. This material may not be published, broadcast, rewritten, or redistributed.
Jonathan Daniel
CHICAGO, IL - JULY 14: James Paxton #65 of the Seattle Mariners delivers the ball against the Chicago White Sox at Guaranteed Rate Field on July 14, 2017 in Chicago, Illinois. (Photo by Jonathan Daniel/Getty Images)

During the National Anthem of Thursday's Mariners, Twins game, a bald eagle landed on the shoulder of Mariners pitcher James Paxton.

Any normal player might have freaked out, but Paxton, who fans call "Big Maple" thanks to his Canadian heritage and his 6-foot-4, 235 pound frame, stood relatively stalwart as the Eagle prepared for landing.

Oddly enough, Paxton has a commercial and accompanying gif where he has a nest of eggs in his hat. No confirmation, but Paxton might have stolen eggs from this eagle.

Eventually, the Eagle's handler came and took care of the situation, per the Seattle Times Report, and at least so far, the left-handed Paxton has taken care of the Twins lineup.

Maybe the Eagle will give him the good luck he needs to turn around his 11.00 ERA.