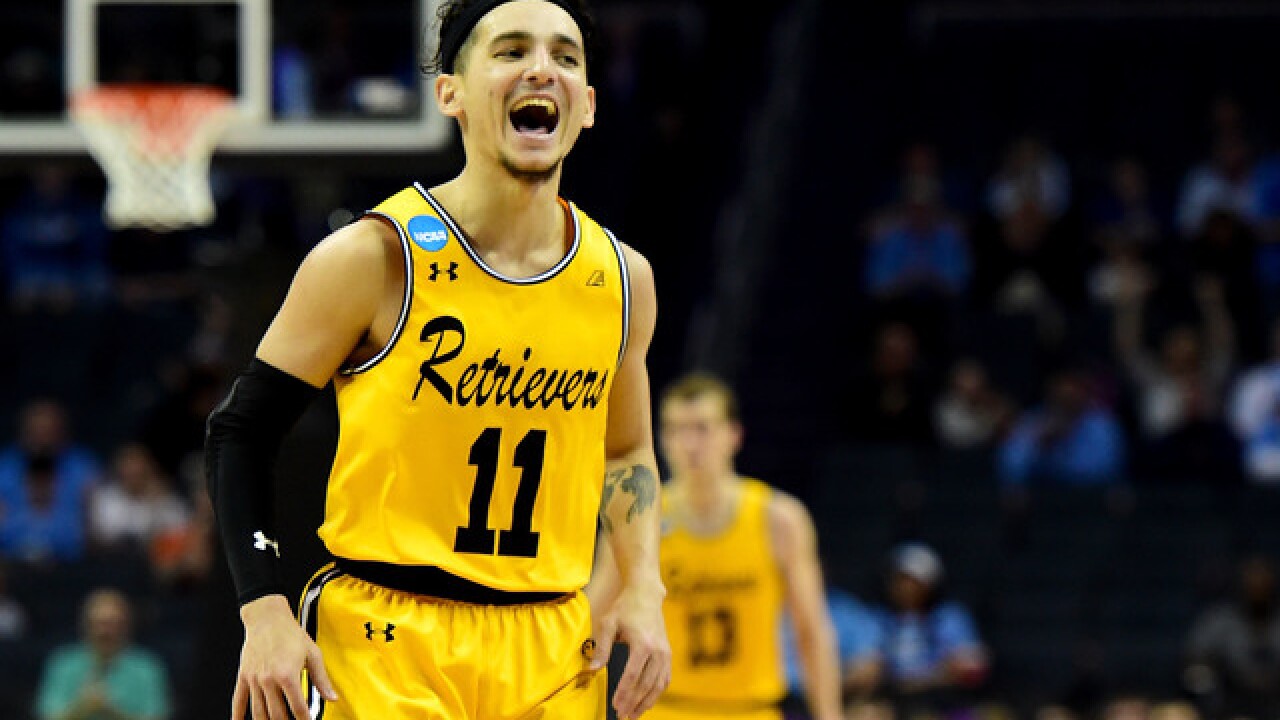 Copyright 2018 Scripps Media, Inc. All rights reserved. This material may not be published, broadcast, rewritten, or redistributed.
Jared C. Tilton
CHARLOTTE, NC - MARCH 18: K.J. Maura #11 of the UMBC Retrievers reacts after a score against the Kansas State Wildcats during the second round of the 2018 NCAA Men's Basketball Tournament at Spectrum Center on March 18, 2018 in Charlotte, North Carolina. (Photo by Jared C. Tilton/Getty Images)

MILWAUKEE -- The Marquette Golden Eagles will open their 2018-2019 season in the Wisconsin  Entertainment and Sports Center against the Cinderella story University of Maryland-Baltimore Country Retrievers, per NCAA.com's Andy Katz.

This spring, the UMBC Retrievers were the first ever 16 seed to take down a 1 seed in the men's NCAA tournament when they thrashed the Virginia Cavilers and their head coach, Wisconsin native Tony Bennett, by a score of 74-54.

The game will be Marquette's debut in their brand new, shared arena, and they'll have to hope it isn't upset by the dangerous Retrievers. Though the Golden Eagles shouldn't have as much trouble thanks to a few graduating Retriever seniors.

UMBC lost their top scorer, Jairus Lyles, along with three of their other top five scorers K.J Maura and Jourdan Grant.

However, they do return Joe Sherburne, a Whitefish Bay, Wisconsin native who averaged 10 points and 4 rebounds per game last season.

Right now, the expected date of the game is November 6th. It would be the earliest start to a season in program history.

Marquette has NCAA tournament aspirations for next year. Despite losing senior Andrew Rowsey, they return the rest of their roster and add a top 50 recruit in Joey Hauser.