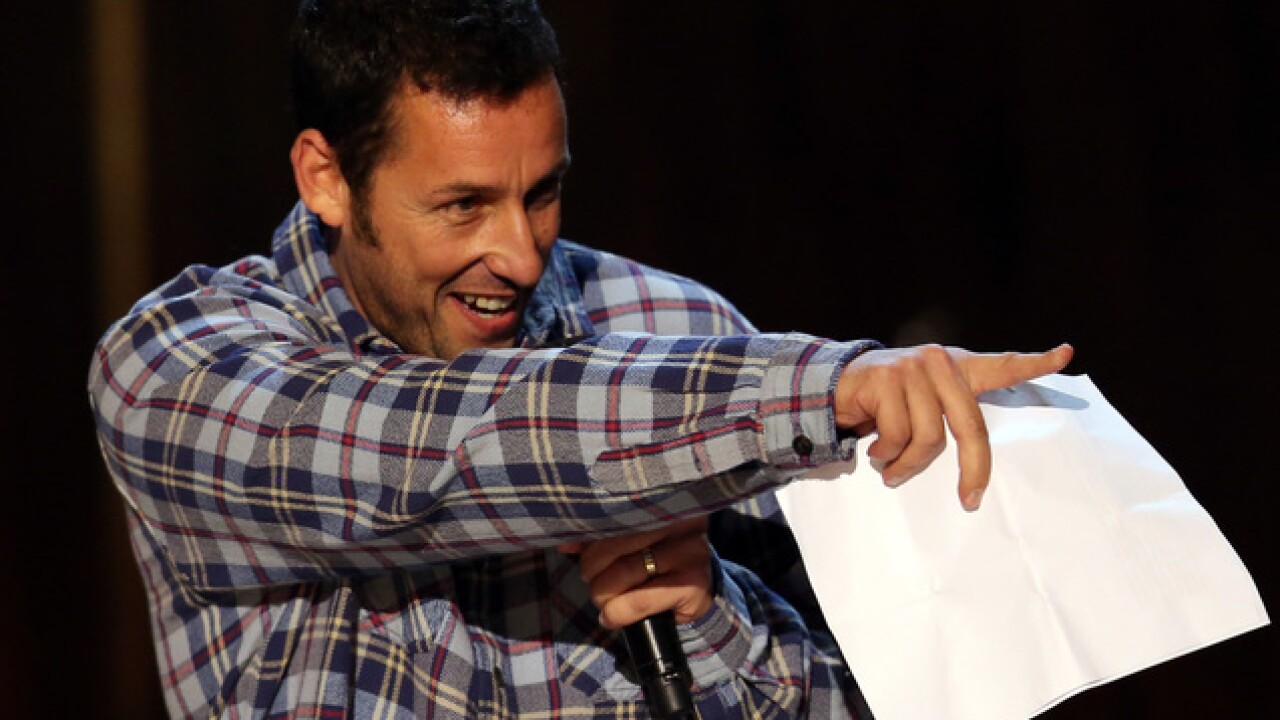 The Marquette Men's Basketball team had a meet and greet with comedian Adam Sandler at the Al McGuire Center on campus Wednesday.

You never know who will show up at the Al! Great to meet @AdamSandler today. Good luck with your shows at the @PabstTheater tonight and Thursday! #mubb pic.twitter.com/oeSibQCsRE

Sandler is in town to film "An Evening with Adam Sandler" at the Pabst Theater, a two-night stand-up comedy event , for his next Netflix special.

The reason behind Sandler's visit to Marquette could be his connection to the late Chris Farley.

Farley, a graduate of Marquette in 1986, worked with Sandler on Saturday Night Live and Billy Madison.

Sandler even wrote a tribute song to Farley back in 2016.

Sandler will be joined by fellow comedian Rob Schneider at the event, but he wasn't at the Al McGuire Center.

The event was on April 18 and 19. The show starts at 8:30 on Wednesday and 8:00 on Thursday. Tickets can still be purchased. The event is intended for mature audiences.