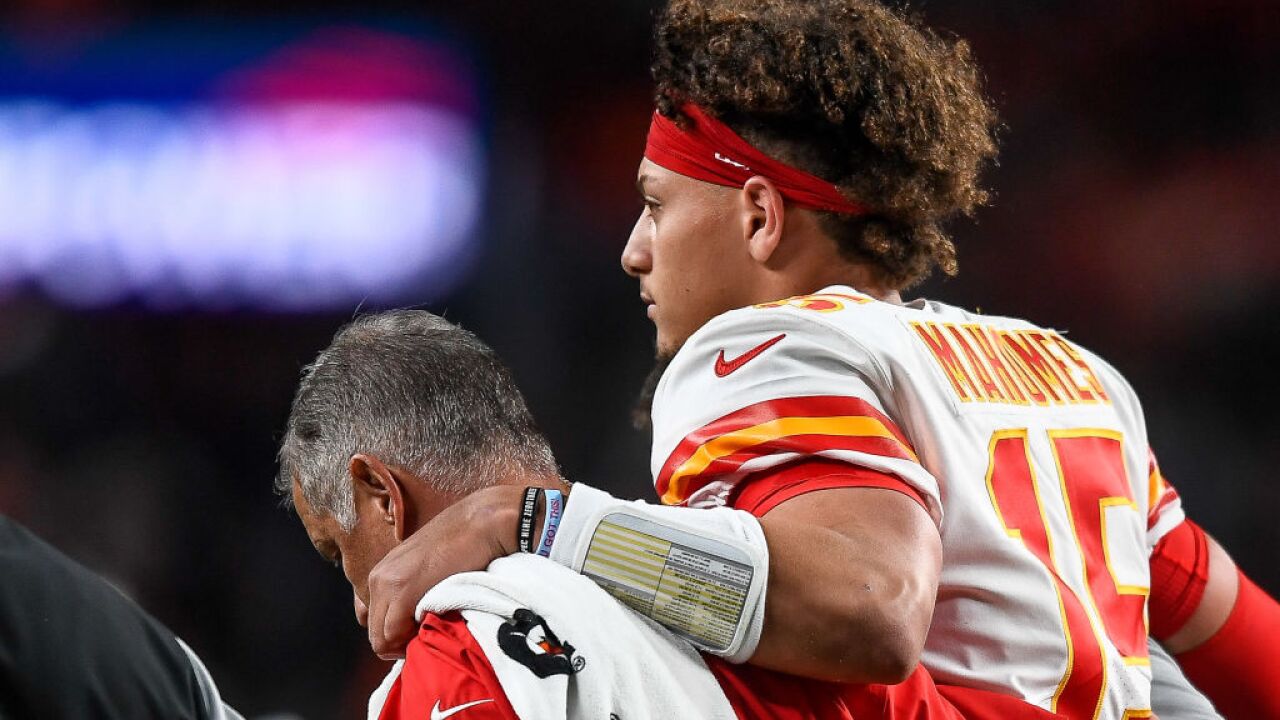 Chiefs quarterback Patrick Mahomes will not play in Sunday night’s game against the Green Bay Packers.

He has been ruled out, per the team's official injury report, which also lists five other starters as out for the cross-conference showdown on Sunday Night Football. The game can be seen at 7 p.m. on 41 Action News, which also will air an hour-long pregame show at 5 p.m.

Mahomes, who is the reigning NFL MVP, has been a limited participant all week in practice after he suffered a dislocated right kneecap during a 30-6 win Oct. 17 against the Denver Broncos.

Mahomes, who also has been dealing with an ankle injury since the season opener at Jacksonville, split snaps with backup quarterback Matt Moore this week in practice earlier this week. Moore will start in Mahomes' place.

Two offensive linemen, left tackle Eric Fisher and left guard Andrew Wylie, also have been ruled for the Chiefs (5-2), who sit atop the AFC West standings.

Fisher had core muscle surgery in mid-September, while Wylie is nursing an ankle injury.

Three starters on defense also will be sidelined against Gren Bay, including two key defensive linemen.

The Chiefs expected Chris Jones, who led the team in sacks last season, and Frank Clark, who was acquired in an offseason trade with Seattle, to form one of the league's best pass-rushing tandems.

Against the Packers (6-1), neither will suit up as Clark deals with a neck injury and Jones continues his recovery from a hamstring injury.

Linebacker Darron Lee (illness) is listed as questionable. He returned to practice Friday in a limited capacity.