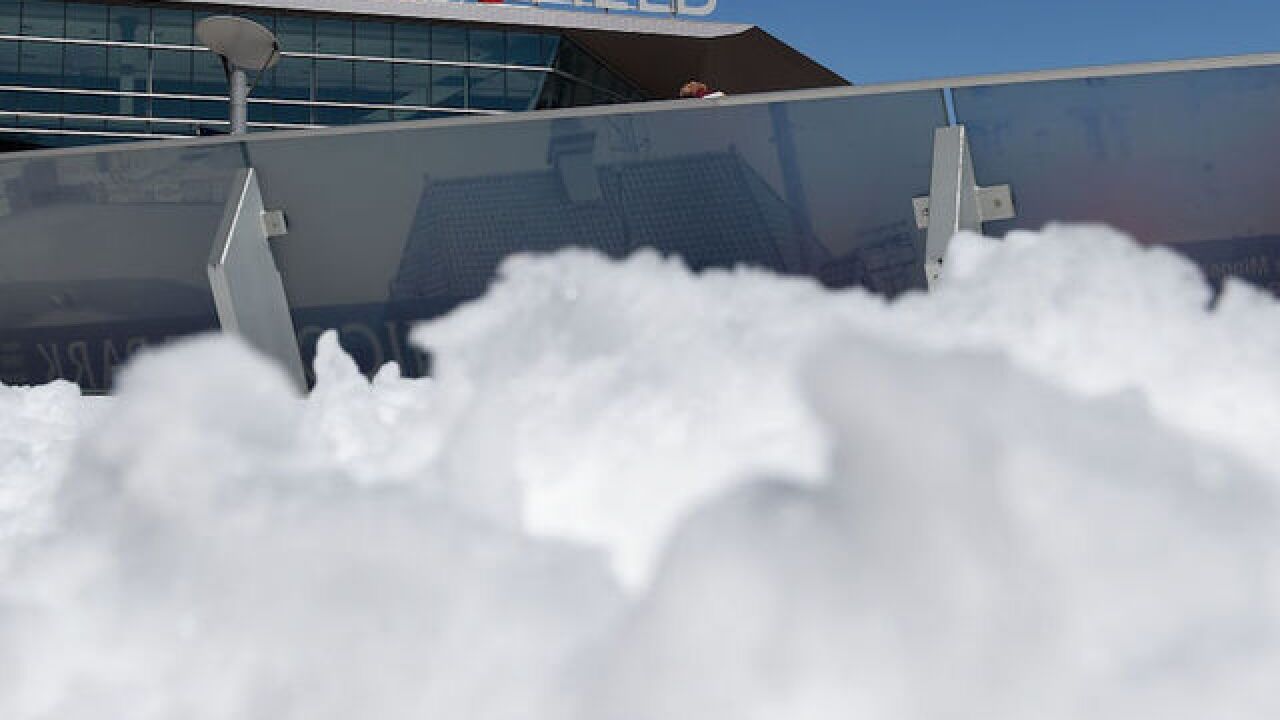 Copyright Getty Images
Hannah Foslien
<p>MINNEAPOLIS, MN - APRIL 5: Snow is piled up before of the home opening game between the Minnesota Twins and the Seattle Mariners on April 5, 2018 at Target Field in Minneapolis, Minnesota. (Photo by Hannah Foslien/Getty Images)</p>

MLB was supposed to have a full slate of games on Sunday, including a game showcasing superstar Angels pitcher/hitter Shohei Ohtani making his third start as a pitcher.

Mother Nature had other ideas.

Six MLB gamers were postponed on Sunday due to a major winter storm marching from the Midwest to the Northeast. Games in Cleveland, Minneapolis, Kansas City and Chicago were postponed. Also, a slated day-night doubleheader in Detroit was also wiped.

The Cincinnati Reds were slated to get underway at 3:45 p.m. local time, more than 2.5 hours after the scheduled first pitch.

Of the MLB cities affected by this weekend's storm, Minneapolis was hit the hardest. Minneapolis saw more than a foot of snow, and winds gusting to more than 40 MPH.

Just in from the @twins :

No #mntwins / #whitesox at Target Field Sunday afternoon. Apparently you have to be able to see the outfield to play baseball. ❄️⬇️ @kare11 pic.twitter.com/z5r1hbzQiS

On Saturday, Kansas City opted to play through a light snow, causing a wild scene in the late innings at Kauffman Stadium.

Nothing like baseball in the snow at Kauffman Stadium. @Royals vs @Angels . pic.twitter.com/axfPmD3XQp

More games could be postponed on Monday as temperatures will struggle to get above freezing in areas of the  Midwest and Northeast.