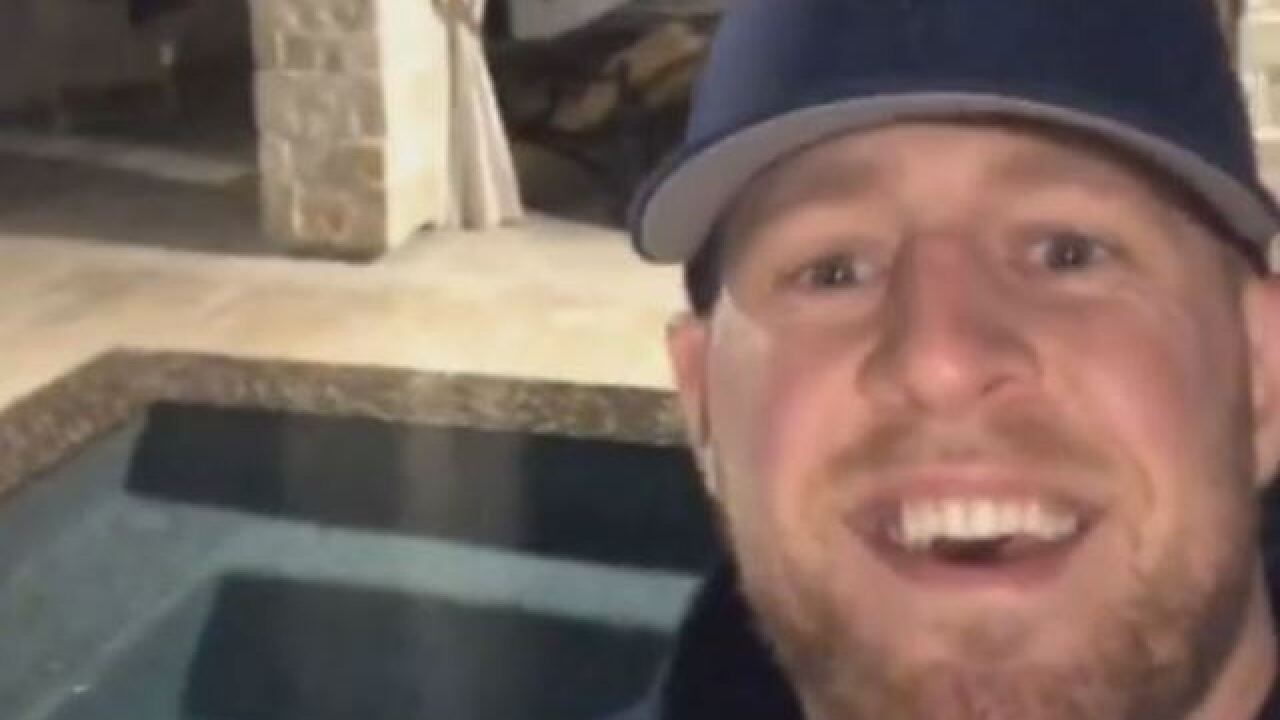 HOUSTON -- Snow in Texas? J.J. Watt thought it was impossible.

"When I got drafted by Houston back in 2011, I was sure that I would never see this day," the Houston Texans star said in a Thursday night post, before showing viewers a glimpse of the thin layer of precipitation.

It's apparently the first real snowfall Texas has seen since Watt relocated from Wisconsin, and he reacted accordingly. The Pewaukee native even stuck his tongue out to try and catch a couple flakes.

As one commenter put it - snow "brings out the kid in all of us."

While snow is common in parts of north Texas, CNN reports that it's unusual for the Houston region and parts further south to see the white stuff.