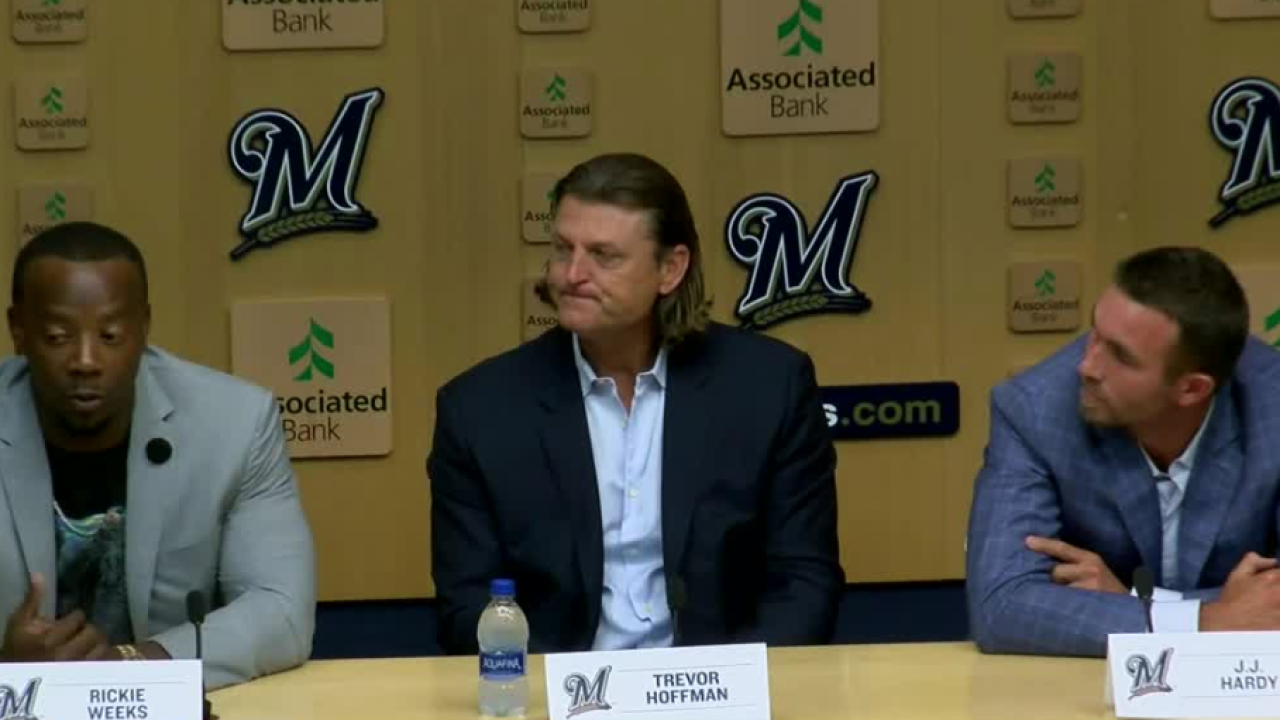 MILWAUKEE — Two All-Star infielders and a Hall of Fame pitcher have been inducted into the Miller Park Wall of Honor. J.J. Hardy, Rickie Weeks, and Trevor Hoffman make up the class of 2019.

Rickie Weeks - The second baseman and left fielder was with the second overall pick of the 2003 draft out of Southern University and A&M College in Baton Rouge, LA. The right-hander played 11 of his first 14 years in Milwaukee. He was selected as an All-Star in 2011. He ended his Brewer career in 2014, and finished with a .248 batting average, 430 RBI, 148 home runs, and 126 stolen bases. His final year in the MLB was 2017.

Trevor Hoffman - The right handed pitcher played the final 2 seasons of his 18 year career in Milwaukee. While he was inducted into the Hall of Fame as a San Diego Padre, he still put up good numbers for his short stint as a Brewer. He was selected to one all-star game in 2009. He had a 3.73 ERA, with a 5-9 win-loss record. He played in the majors from 1993 to 2010. He was inducted into the baseball Hall of Fame in 2018.