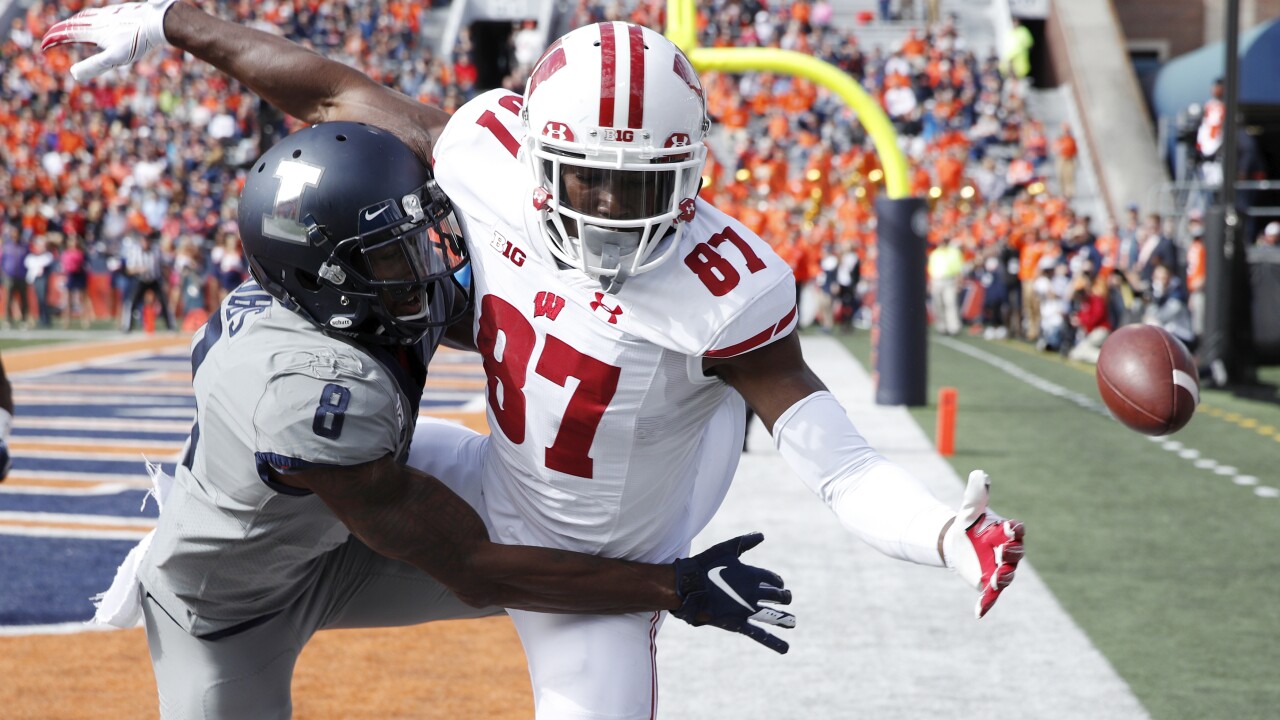 Joe Robbins/Getty Images
CHAMPAIGN, IL - OCTOBER 19: Nate Hobbs #8 of the Illinois Fighting Illini breaks up a pass in the end zone against Quintez Cephus #87 of the Wisconsin Badgers in the first half of the game at Memorial Stadium on October 19, 2019 in Champaign, Illinois. (Photo by Joe Robbins/Getty Images)

CHAMPAIGN, Ill. (AP) — James McCourt kicked a 39-yard field goal as time expired and Illinois pulled off the biggest upset of the college football season, knocking off No. 6 Wisconsin 24-23 on Saturday.

Tony Adams picked off a pass for the Illini (3-5, 1-3 Big Ten), who were 30 ½-point underdogs, at midfield with 2:33 remaining that led to the winning field goal. Dre Brown's tackle-breaking 13-yard run got Illinois to the Wisconsin 25 and then the Illini with 34 second left and then set up McCourt to attempt a game-winner.

Wisconsin had not trailed this season and was looking to roll into a showdown with No. 3 Ohio State next week in Columbus. Instead, the Badgers (6-1, 4-1) blew a nine-point lead in the final 9:46 of the fourth quarter.

Heisman Trophy contender Jonathan Taylor rushed 28 times for 132 yards and one touchdown for Wisconsin, but he also had a fumble in Illinois territory in the fourth quarter to help fuel the Illinois comeback.