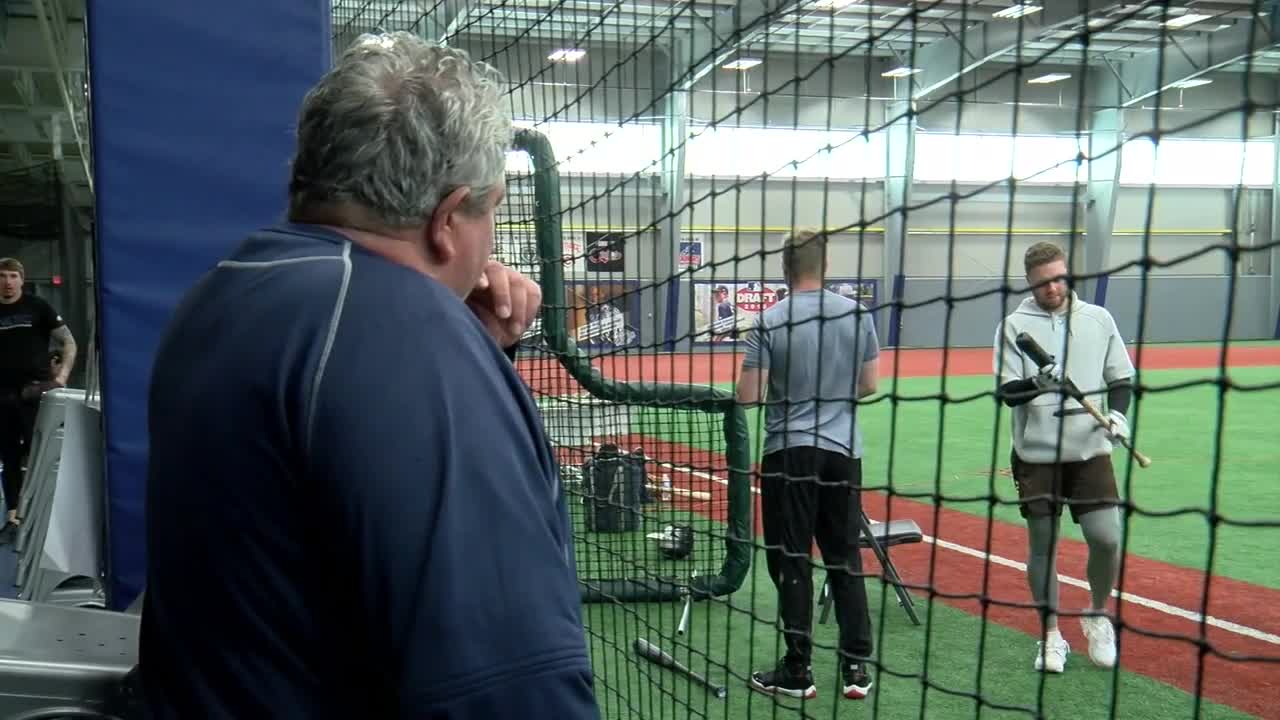 As pro-baseball tries to find its new normal, there is now a simulated game at Hitters Baseball in Caledonia.

As pro-baseball tries to find its new normal, there is now a simulated game at Hitters Baseball in Caledonia.

“It did seem a little weird the first time after a month and a half,” Gavin Lux says.

“It was fun talking some trash. I’ve known Gavin since the minor leagues,” Evan Kruczynski says.

It’s the first time in a month and a half since they played. And the players honestly didn’t know what to expect.

Gavin Lux of the Dodgers says today was exactly what he needed after nearly two months.

“It was fun just to face live competition,” Lux says.

Cardinal's minor leaguer Evan Kruczynski says it was good to get a measuring stick.

“I enjoyed just getting back into a competitive atmosphere,” Kruczynski says