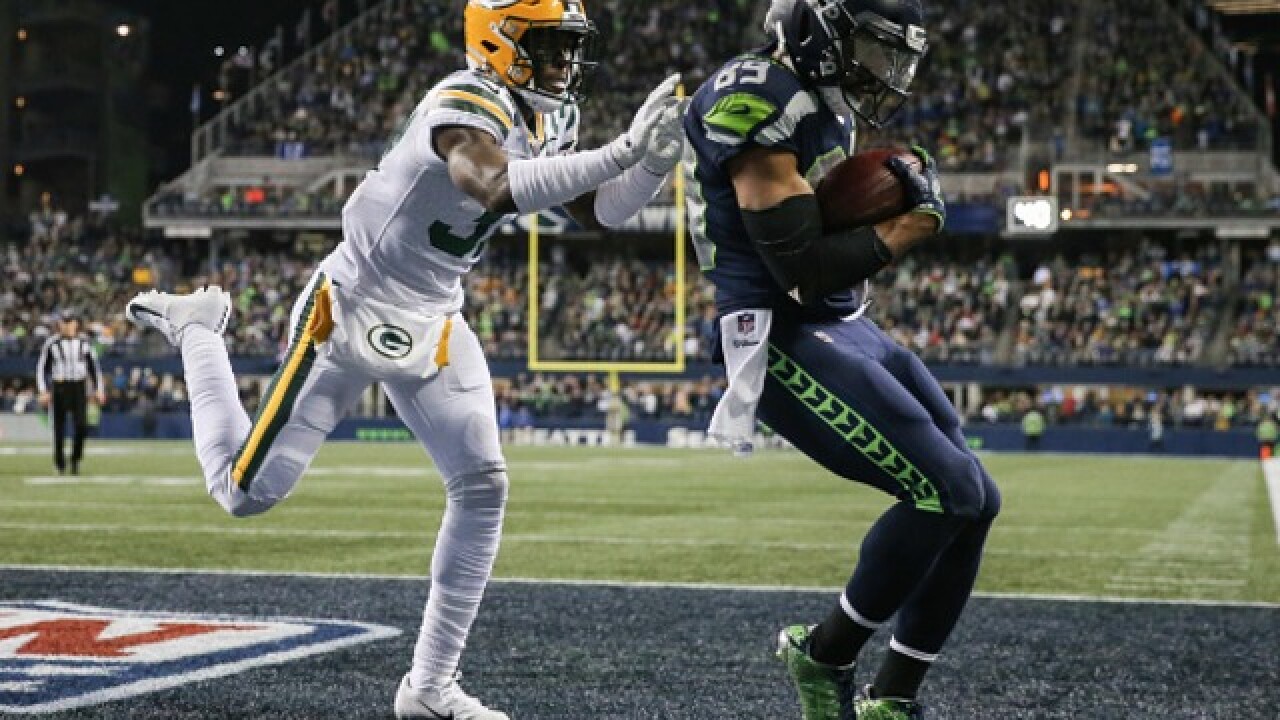 SEATTLE (AP) — Russell Wilson threw for 225 yards and his 15-yard touchdown pass to Ed Dickson with 5:08 left was the difference in the Seattle Seahawks' 27-24 victory over the Green Bay Packers on Thursday night.

In a key matchup in the race for the two NFC wild-card spots, Seattle (5-5) snapped a two-game losing streak by overcoming an early 14-3 deficit. Wilson was shaky at times early game, but was outstanding in the fourth quarter, capping the winning drive by recognizing a blitz and hitting Dickson quickly for his second TD pass of the night. Seattle still has not lost three straight games since the middle of the 2011 season.

Aaron Rodgers had a huge first half for Green Bay (4-5-1) and threw for 332 yards, but the Packers had just one scoring drive in the second half, helped by a 57-yard strike from Rodgers to Davante Adams. Rodgers threw a pair of touchdown passes in the first half, but never got the ball back after Green Bay punted with 4:20 left.