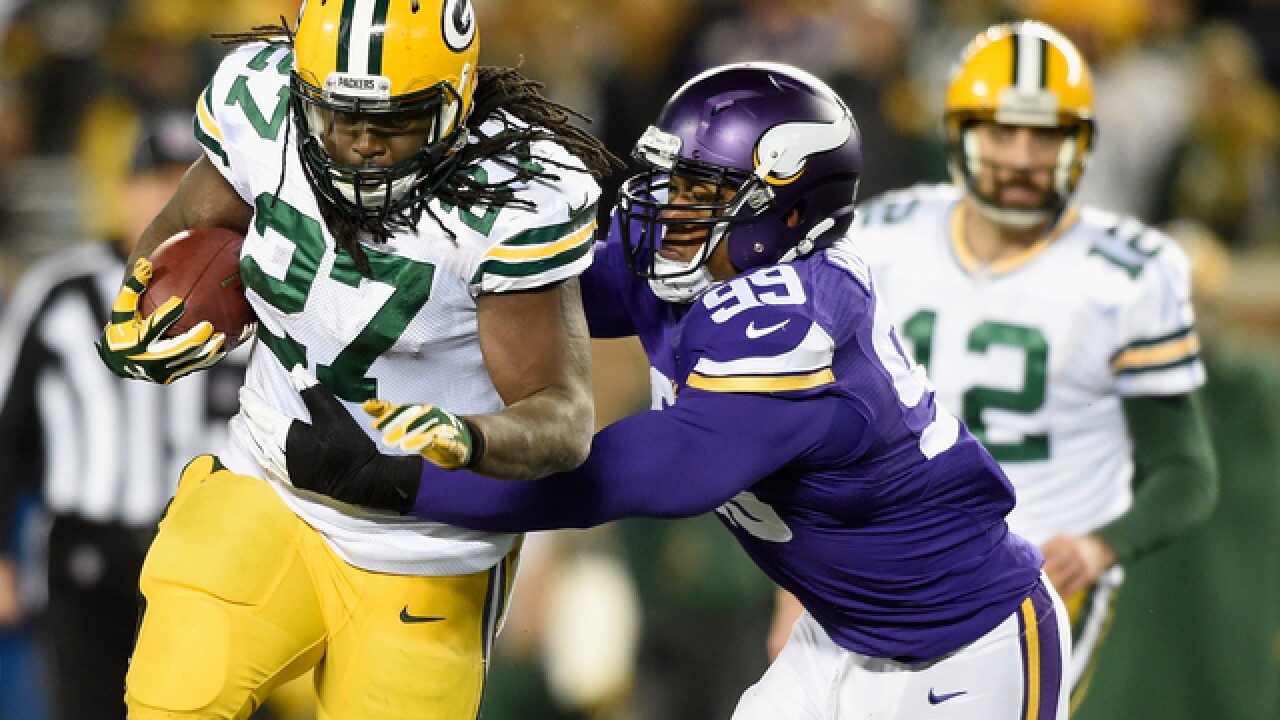 Hannah Foslien
<p>MINNEAPOLIS, MN - NOVEMBER 22: Aaron Rodgers #12 of the Green Bay Packers looks on as Danielle Hunter #99 of the Minnesota Vikings ties up teammate Eddie Lacy #27 during the third quarter of the game on November 22, 2015 at TCF Bank Stadium in Minneapolis, Minnesota. The Packers defeated the Vikings 30-13. (Photo by Hannah Foslien/Getty Images)</p>

It took a while, but the Packers are back on the bright side of the win-loss column after a big win over the division-leading Minnesota Vikings.

Voice of the Packers, Wayne Larrivee, had the best seat in the house for Green Bay's 30-13 win over the Vikings. What did he think of the team's performance? He joined Wisconsin's Morning News this morning.

"They made a couple plays down field offensively and the defense was very solid, I thought the whole way." Larrivee said.

Larrivee also said that Eddie Lacy "kicking it into gear" was "huge."

"We've talked about this before, the Packers are going nowhere super unless Eddie's able to carry his share of the mail, and he did yesterday," Larrivee said.

The Packers take on the Chicago Bears on Thanksgiving Night at 7:30. Our coverage begins at 5 p.m. on WTMJ. To listen to the full interview with Wayne Larrivee please click on our SoundCloud player below.