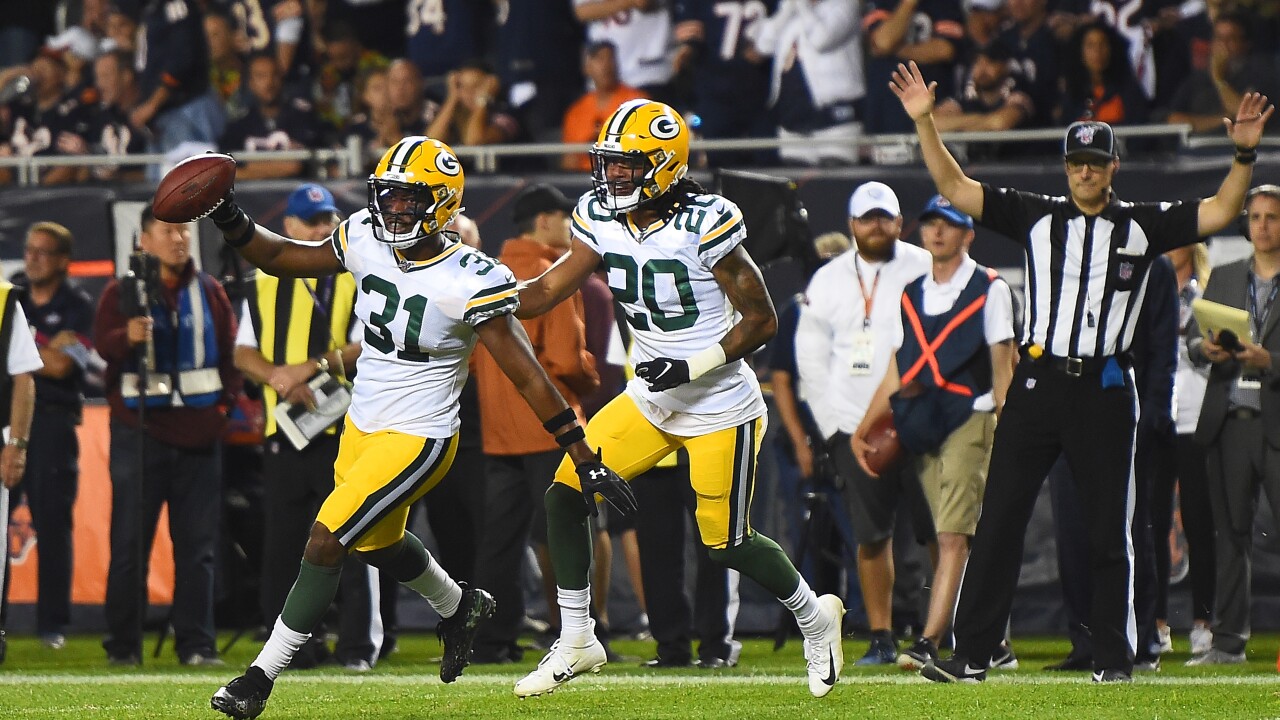 CHICAGO -- On a night many expected Packers quarterback Aaron Rodgers to return to his gunslinging ways, it was instead the Green Bay defense that dominated, holding the Chicago Bears to just 3 points on their home turf.

Though a 10-3 lead would feel worse than shaky many weeks, it held up Thursday night. And when safety Adrian Amos cooly picked off a pass from Mitch Trubisky in the end zone with under two minutes to go, fans knew it was over.

Watch that magical opening night moment again and again below, thanks to the Reddit skills of /u/Real_Jaire:

Despite coming away from Week 1 with a win, there are some signs for concern. The Bears actually outgained the Packers in total yards, 254 to 213. And Green Bay managed just 47 yards rushing on 22 attempts. Luckily, Rodgers is aware of that.

“I’m going to be a lot better moving forward," he remarked after the game.

The Packers will have an extended period of rest before they take on the Minnesota Vikings at 12:00 p.m. on Sunday, September 15.