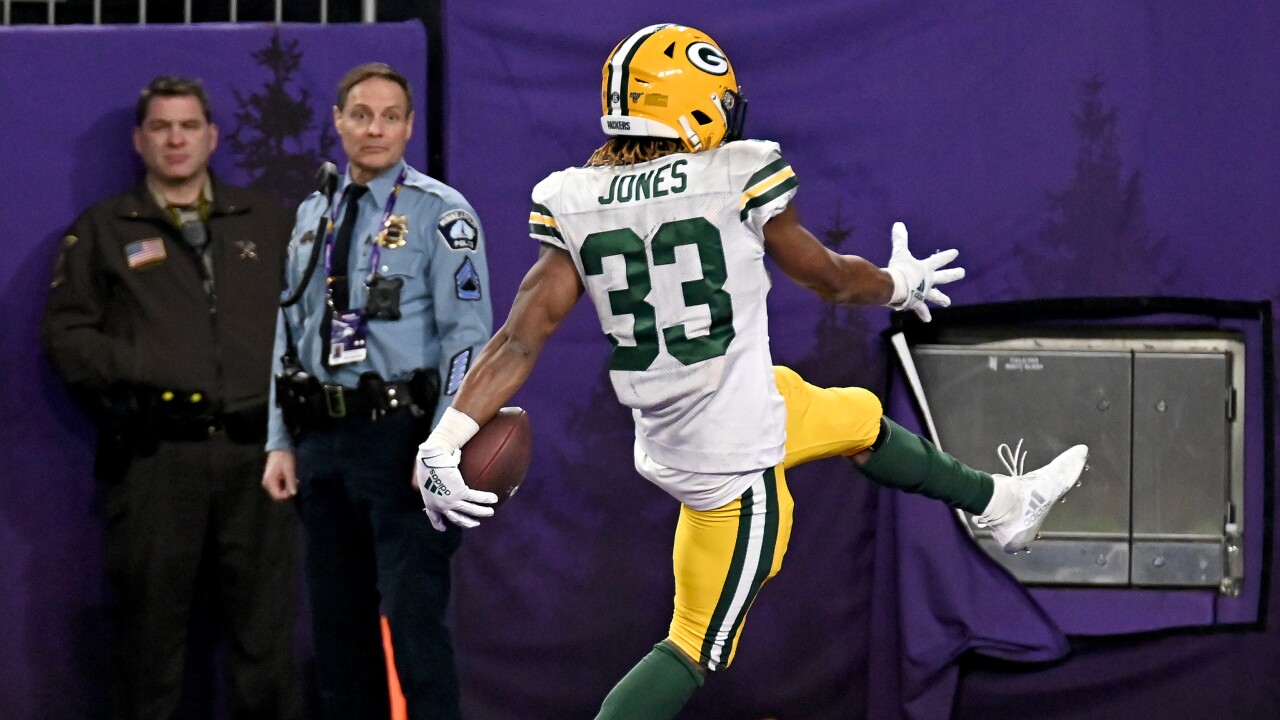 MINNEAPOLIS -- There were plenty of highlight reel moments in Monday night's 23-10 division-clinching win against the Minnesota Vikings, but one play in particular put an exclamation point on the game and the NFC North crown.

About midway through the fourth quarter, the Packers were defending a 17-10 lead. They had punted on two of their last three possessions, and victory was no sure thing. That's when Aaron Jones found a hole on 1st & 10 and broke free for a 56-yard touchdown scramble.

Mason Crosby missed the ensuing extra point, but that was it. The Vikings wouldn't score again, and the Packers went on to win the game and the divison.

Now you can relive that MVP moment over and over again, thanks to Reddit user /u/Fear_Jaire:

The Packers still have more to play for. If they win against the Lions in Week 17 and the 49ers lose to the Seahawks, they will clinch the number one seed in the NFC and home field advantage throughout the playoffs.