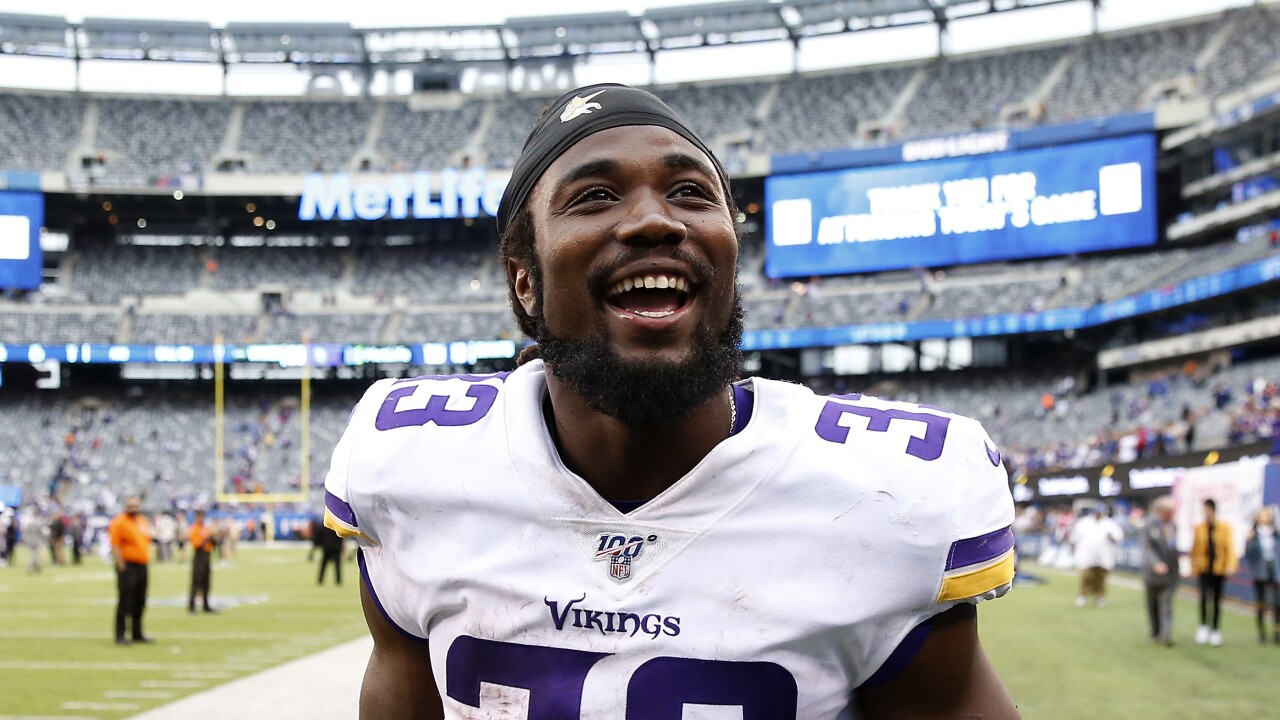 Elsa/Getty Images
EAST RUTHERFORD, NEW JERSEY - OCTOBER 06: Dalvin Cook #33 of the Minnesota Vikings celebrates as he leaves the field after the 28-10 win over the New York Giants at MetLife Stadium on October 06, 2019 in East Rutherford, New Jersey. (Photo by Elsa/Getty Images)

One of the Minnesota Vikings' best offensive players will likely miss a marquee matchup against the Green Bay Packers Monday night, according to a report from ESPN.

Adam Schefter said Thursday morning Cook is 'unlikely' to suit up Monday night. Cook has been nursing a shoulder injury he sustained during last week's 39-10 win over the Los Angeles Chargers.

The Vikings may even shut Cook down for the remainder of the regular season in order to have him ready for the playoffs, Schefter reported on ESPN.com.

Cook is currently the seventh-ranked rusher in the NFL this season, racking up 1,135 yards and 13 touchdowns.

Monday night's game on ESPN has major significance in the NFC playoff race. Green Bay will stay in first place in the NFC North with a win. If Minnesota wins, the two teams will be tied atop the division with just one week left in the regular season.