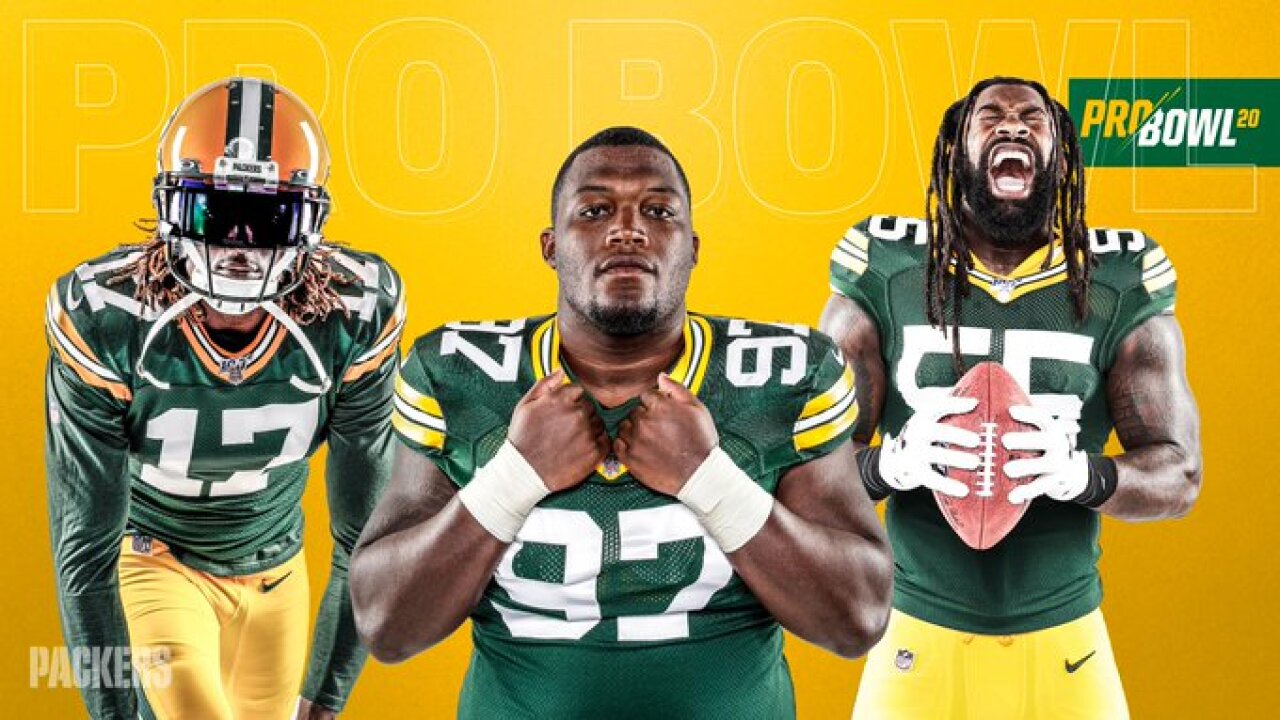 The Packers players will be replacing players previously on the roster who are now unable to play due to injury. Adams is replacing Atlanta Falcons WR Julio Jones, Clark is replacing Los Angeles Rams DT Aaron Donald and Smith is replacing Chicago Bears LB Khalil Mack.

This will mark the third straight trip to the Pro Bowl for Adams, making him the first Packers WR to play in three consecutive Pro Bowls since Sterling Sharpe in 1992-94. Adams finished 2019 in the top five in the NFL for receptions per game with 6.92, as well as yards per game at 83.1. He also registered his second career 80-plus-reception season, which ties for the fourth most in franchise history behind Jordy Nelson, Donald Driver and Sharpe.

This will be the first Pro Bowl for Clark and Smith. Clark was named as alternate for the Bowl in 2018.

Clark ranked number two in the NFL during the 2019 regular season with 49 QB pressures and 43 disruptions among players that play at least 75% of their snaps on the interior defensive line.

Smith posted the most sacks by any player in his first season with the Packers. He also led the league with 84 disruptions in 2019, and is the first Green Bay Packers linebacker to make the Pro Bowl since Clay Matthews and Julius Peppers in 2015.