The hardest part of letting go of Jordy Nelson is Twitter 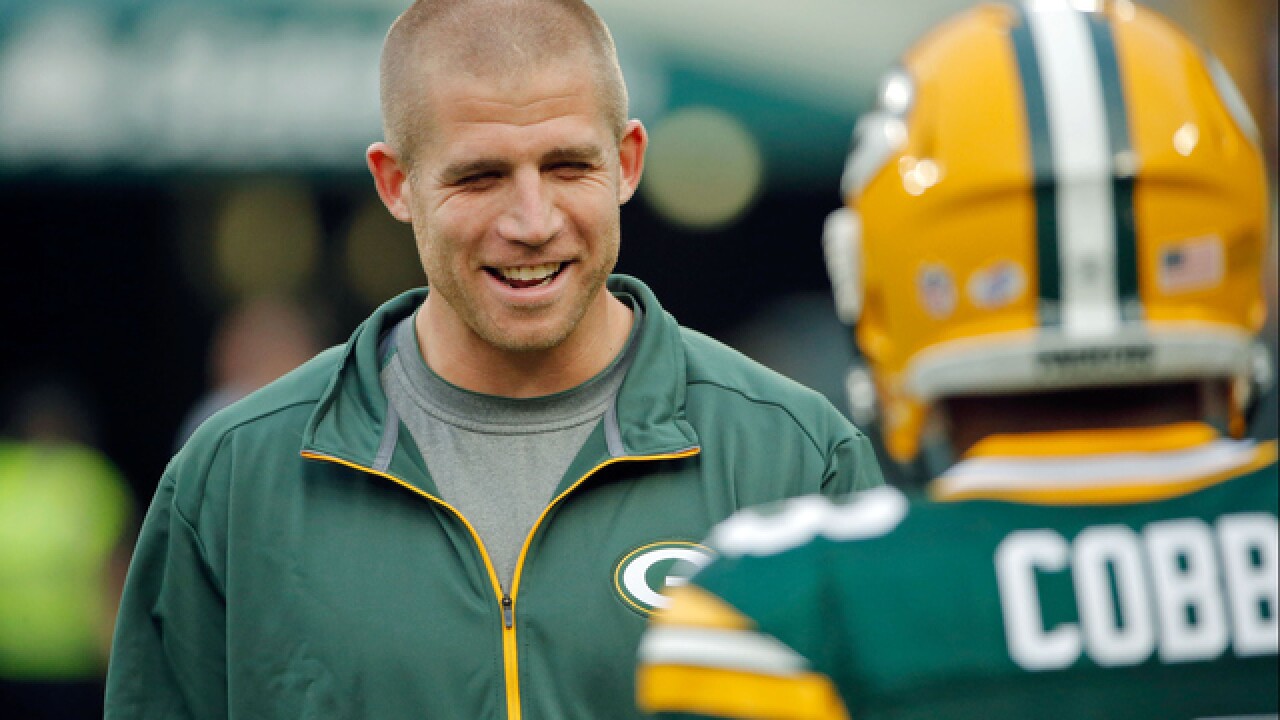 The thought of Jordy Nelson in colors other than green and gold is a hard pill for Packers fans to swallow.

Many of them took to Twitter to air out their sorrow and frustration after the team released #87 after 10 seasons with the team.

@JordyRNelson - I didn't even get to say goodbye. So... goodbye. pic.twitter.com/Heb3XsFNJD

WHAT DO YOU MEAN JORDY NELSON IS GONE?!!? I am absolutely SHOOK. the poor man’s back was constantly in pain from HOLDING THE TEAM TOGETHER !!!! pic.twitter.com/TsLgDkXwN2

Some folks may have to make a tough decision about the name of their favorite furry friend.

The team announced Tuesday Nelson would not return for the 2018 season. Instead, the Packers signed pro-bowl tight end Jimmy Graham.

Fans were also sentimental about Nelson's impact on the team over the last decade. Nelson played a vital role in the Packers' Superbowl XLV win over the Pittsburgh Steelers in 2011.

Plenty of fans already have theories about where the star wide receiver will end up, including just south of the Wisconsin border with the hated Chicago Bears. The Chicago sports media jumped at the idea.

If Jordy Nelson gets released as expected should the #Bears sign him?

Or an even worse thought, Nelson joining the New England Patriots.

*Bill Belichick after seeing Jordy Nelson get cut by the Packers* pic.twitter.com/eUnHmiKEB5

Where ever Nelson lands, it won't take away the magic he's produced as part of the Pack Attack for the last 10 seasons. In the hearts and minds of most Green Bay fans, he will always be a Packer.

My heart is shattered Jordy Nelson I love you