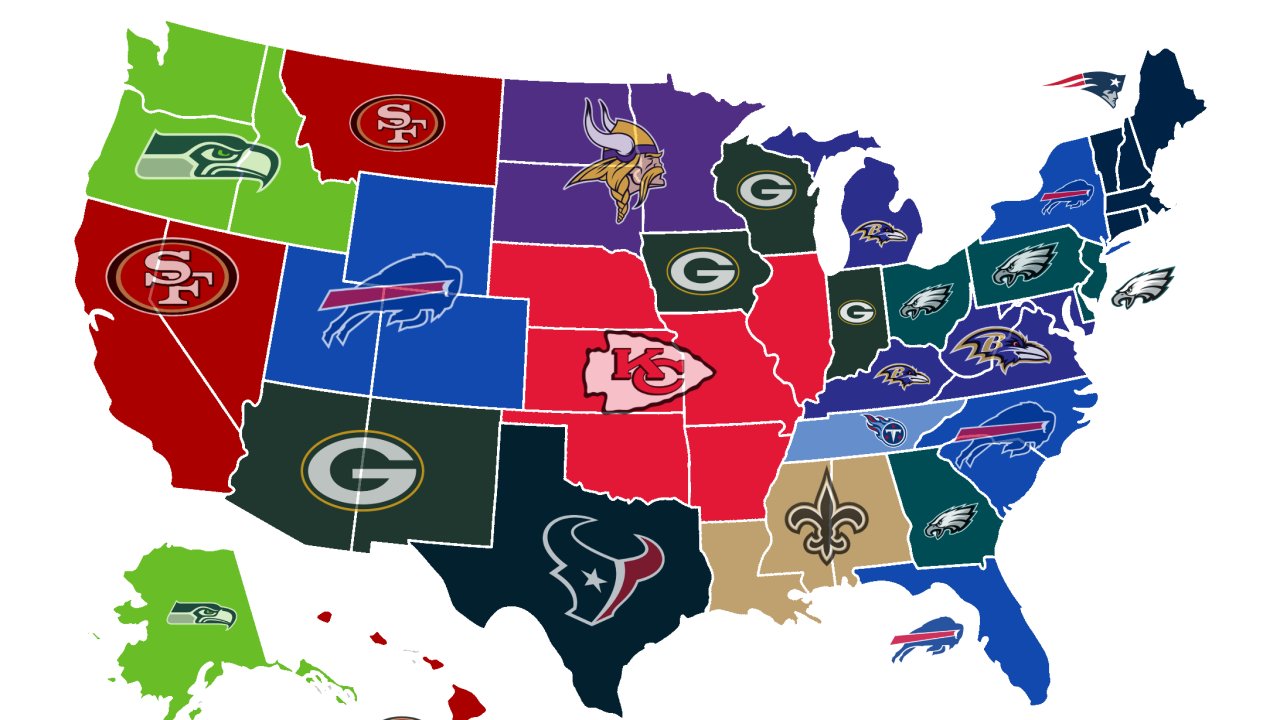 Who would have guessed that going into the 2020 NFL playoffs the Buffalo Bills would be considered 'America's Team?'

Surprisingly, they are. The Bills are the most rooted for playoff team in the country, according to various Twitter metrics. And what about the Packers? The Green and Gold are a close third.

The group that put this map together,sportsinsider.com, compiled geotagged twitter data and fan hashtags, like #gopackgo, to determine which states were rooting for each playoff team.

A special shout out goes to Arizona and New Mexico for rooting for the Green and Gold.