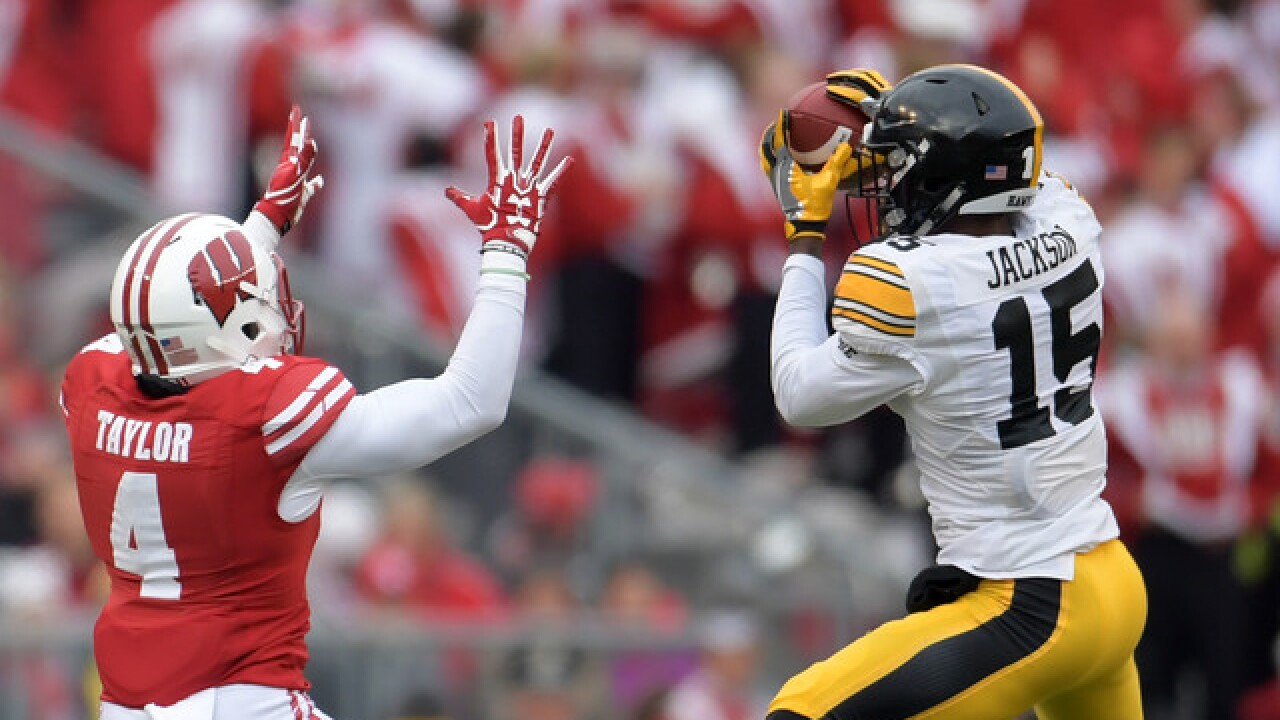 Image copyright 2018 Getty Images. All rights reserved. This material may not be published, broadcast, rewritten, or redistributed.
Stacy Revere
<p>MADISON, WI - NOVEMBER 11: Joshua Jackson #15 of the Iowa Hawkeyes intercepts a pass intended for A.J. Taylor #4 of the Wisconsin Badgers and returns it for a touchdown during the first quarter of a game at Camp Randall Stadium on November 11, 2017 in Madison, Wisconsin. (Photo by Stacy Revere/Getty Images)</p>

GREEN BAY, Wis. (AP) -- The Green Bay Packers have selected cornerback Josh Jackson with the 45th overall pick in the second round of the NFL draft, shoring up the porous secondary again after taking Jaire Alexander in the first round.

Jackson led the nation with eight interceptions last season as a junior at Iowa.

He'll join Alexander in what could be a dramatically improved secondary with new defensive coordinator Mike Pettine. Alexander was selected in the first round with the 18th overall pick out of Lousiville.

Green Bay could also use an edge rusher to help Clay Matthews and Nick Perry. Wide receiver and offensive line are also position of needs.

But the opportunity to select Jackson, who some analysts considered a first-round talent, was too good to pass up for general manager Brian Gutekunst.