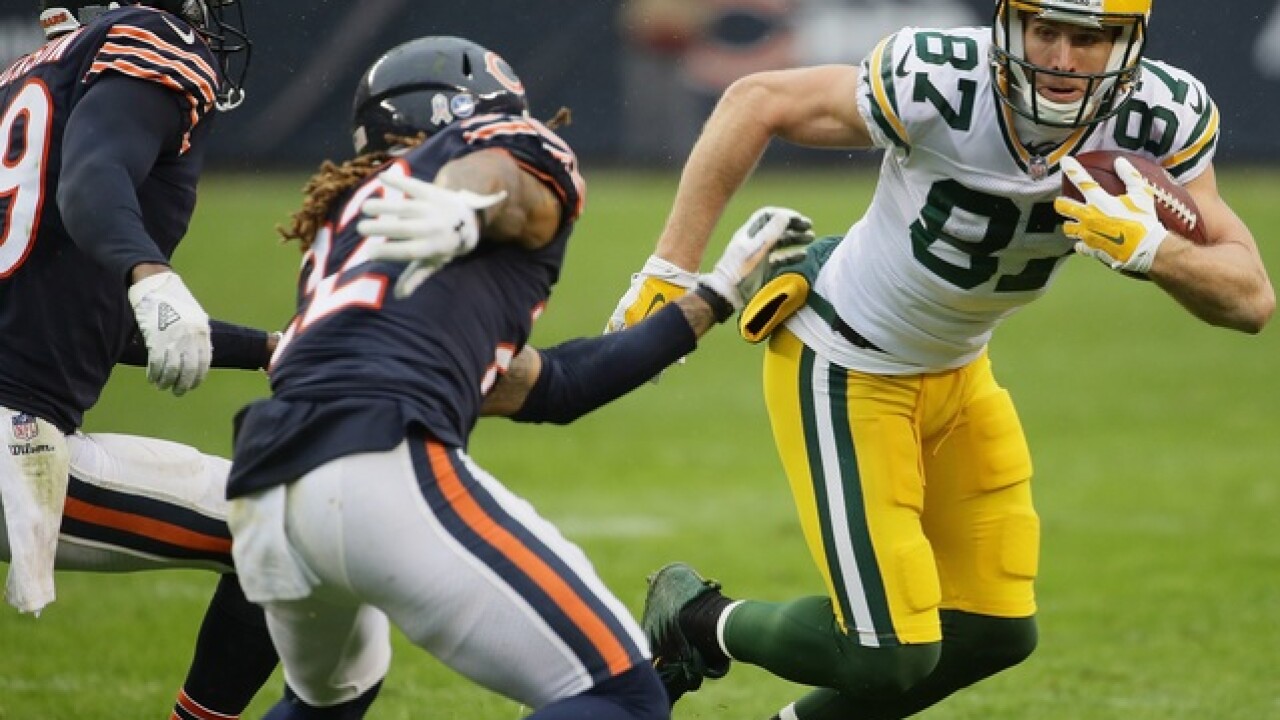 Image copyright 2017 Getty Images. All rights reserved. This material may not be published, broadcast, rewritten, or redistributed.
Jonathan Daniel
<p>Number 87 for the Green Bay Packers,<strong> Jordy Nelson</strong>, is the ninth <a href="https://www.bizjournals.com/milwaukee/subscriber-only/2017/03/03/highest-paid-athletes-in-wisconsin.html">highest-paid athlete</a> in Wisconsin with an over $11 million salary.</p>

It’s a beautifully painful sight to see for Packers fans.

Then Rodgers hooked up with former Packers wide receiver Jordy Nelson, recreating a scene Packers fans will miss this season.

Nelson left the Packers for the Raiders this offseason after the team released him in March.