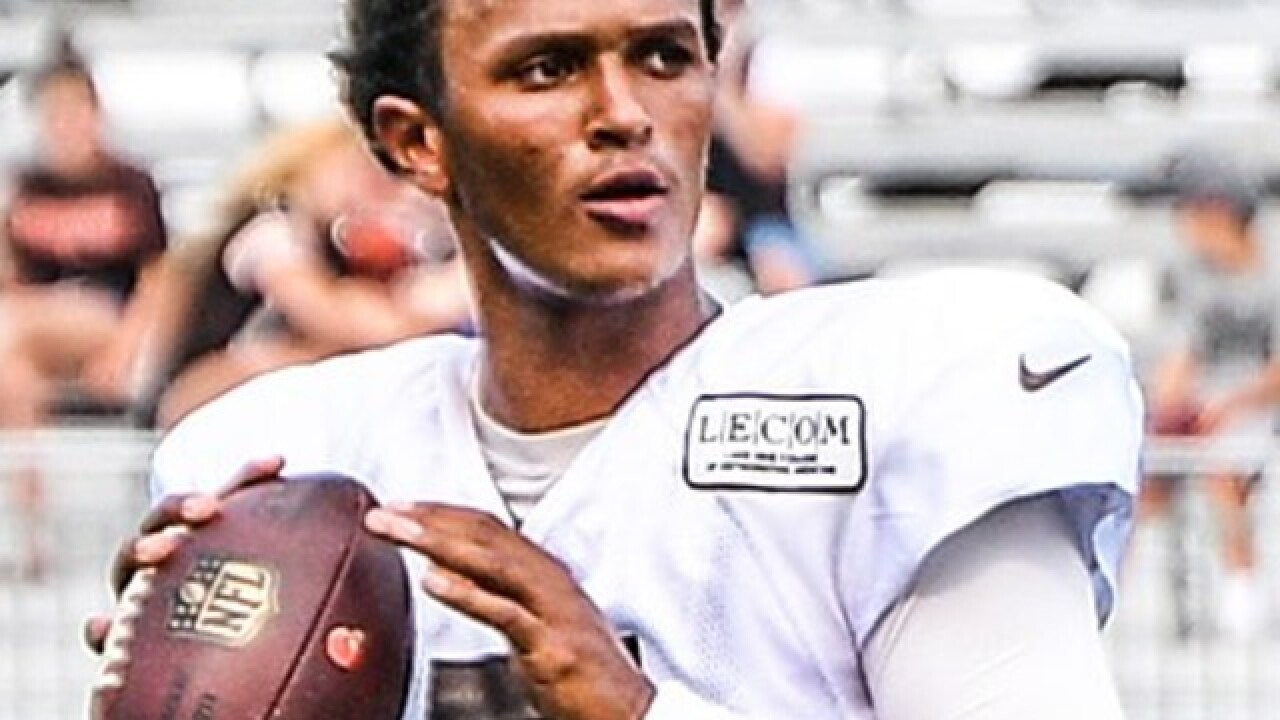 The Packers traded away cornerback Damarious Randall to the Cleveland Browns, in exchange for their second-round pick quarterback DeShone Kizer, according to NFL reporter Ian Rapoport.

The #Packers are trading CB Damarious Randall to the #Browns, and Cleveland is sending back QB DeShone Kizer, sources say. Unclear if picks are also involved.

Kizer was chosen 52nd overall in the 2017 NFL draft by the Browns.

The move comes from an active Browns team on Friday, who acquired quarterback Tyrod Taylor and wide receiver Jarvis Landry, along with Randall, according to ESPN's Adam Schefter.

With free agency and picks No. 1 and No. 4 still to come.

The move makes the future of Brett Hundley as the number two quarterback uncertain. Hundley filled in for Aaron Rodgers after he went down a collarbone injury. The Packers went 7-9 and missed the playoffs for the first time since 2008.

Packers coach Mike McCarthy told reporters during the NFL scouting combine that, “Brett Hundley wasn’t ready for what he needed to be ready for. That’s something that we have to learn from, and that stings.”

But McCarthy added, “I believe in Brett Hundley. I do fully recognize that he has a lot of football in front of him. He has a big upside."