Randall Cobb gets closer to return, could help on 3rd downs 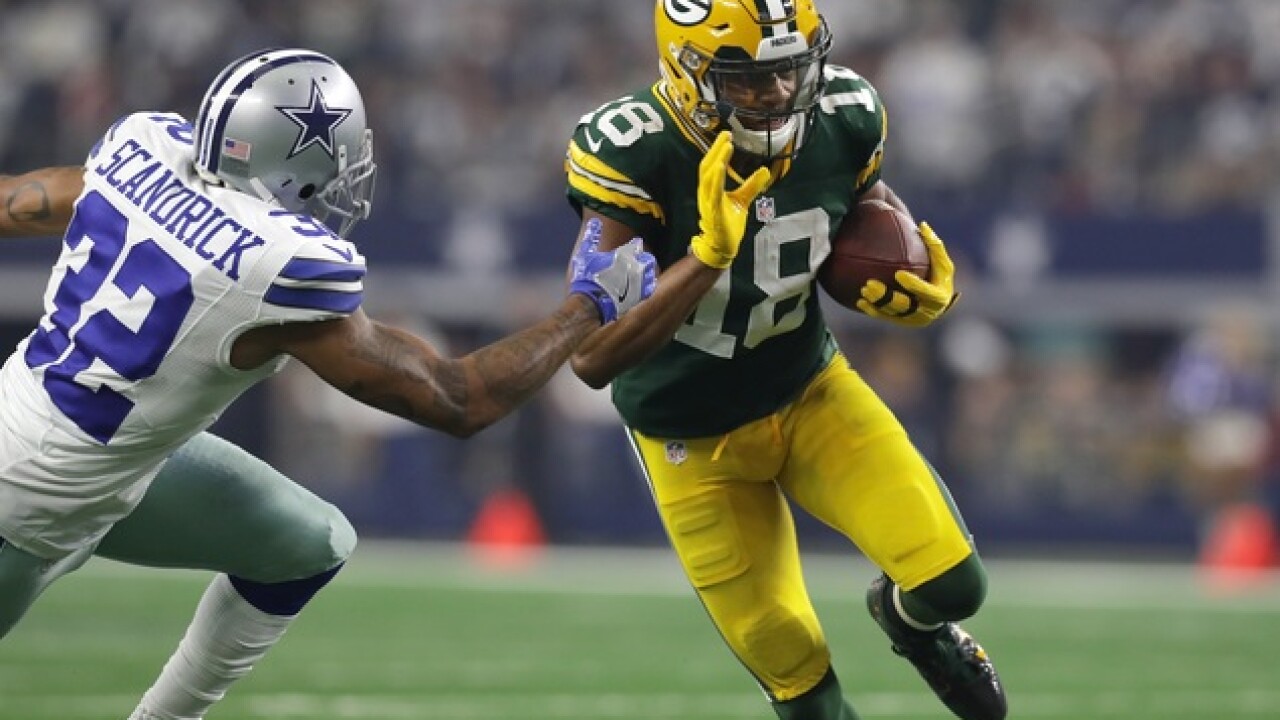 Image copyright 2017 Getty Images. All rights reserved. This material may not be published, broadcast, rewritten, or redistributed.
Ronald Martinez
<p>Wide receiver <strong>Randall Cobb </strong>comes in at number 6 on the Business Journal's list. The Packers player makes over $12.5 million.</p>

If Cobb can just get over his hamstring injury, he might be able to help on the field, too, with the Packers desperately trying to keep their longshot playoff hopes alive.

Cobb practiced again on Thursday as the Packers get ready to face the Arizona Cardinals on Sunday.

Out since Week 9, Cobb has been limited to just five games this year because of the lingering hamstring injury.

His history with quarterback Aaron Rodgers and ability to get open in traffic could help especially in giving the Packers (4-6-1) another target on third down. Green Bay is just 24th in the league on third down conversions (37 percent).

"You go down on a Wednesday of practice, you're in a unit drill, and you're kind of at whatever speed you're going, and he's out there doing all the little things exactly right," said McCarthy, who singled out Cobb as a mentor for young receivers.

"Well it would be great to get Randall back. I think today will give us some information," McCarthy said.

Looking good as of Thursday, when Cobb was limited for a second straight day.

"I think there's a pretty good chance," Cobb said. "I think this is the best I felt in a long time, so I'm excited to get back out there."

He worked out before the loss at Minnesota before being held out. Cobb was just a spectator when the Packers converted just 2 of 10 on third down.

"Pick up whatever the third and down distance is," Cobb said when asked about getting better on third down. "That's all it really comes down to is finding a way to move the sticks. That's just executing when it comes down to making the plays."

Besides Cobb, the Packers also don't have Geronimo Allison because of a season-ending groin injury. Tight end Jimmy Graham is trying to play through a thumb injury. That has meant more attention to No. 1 wideout Davante Adams , who is still good enough to have already reached career highs of 1,022 yards on 77 catches. Rookies Marquez Valdes-Scantling and Equanimeous St. Brown have had to take more snaps, with mixed results.

Rodgers spoke this week about taking some "calculated risks". Lately, that has meant moving Adams around to different spots; getting running back Aaron Jones the ball in space; and working in Graham.

Plus, Rodgers added, "hopefully getting Randall back this week, which would be a big boost for us."

"If that means breaking a tackle, making a guy miss or hitting the open man or whatever that is, we've got to find a way just to make sure we're taking care of our jobs," he said.