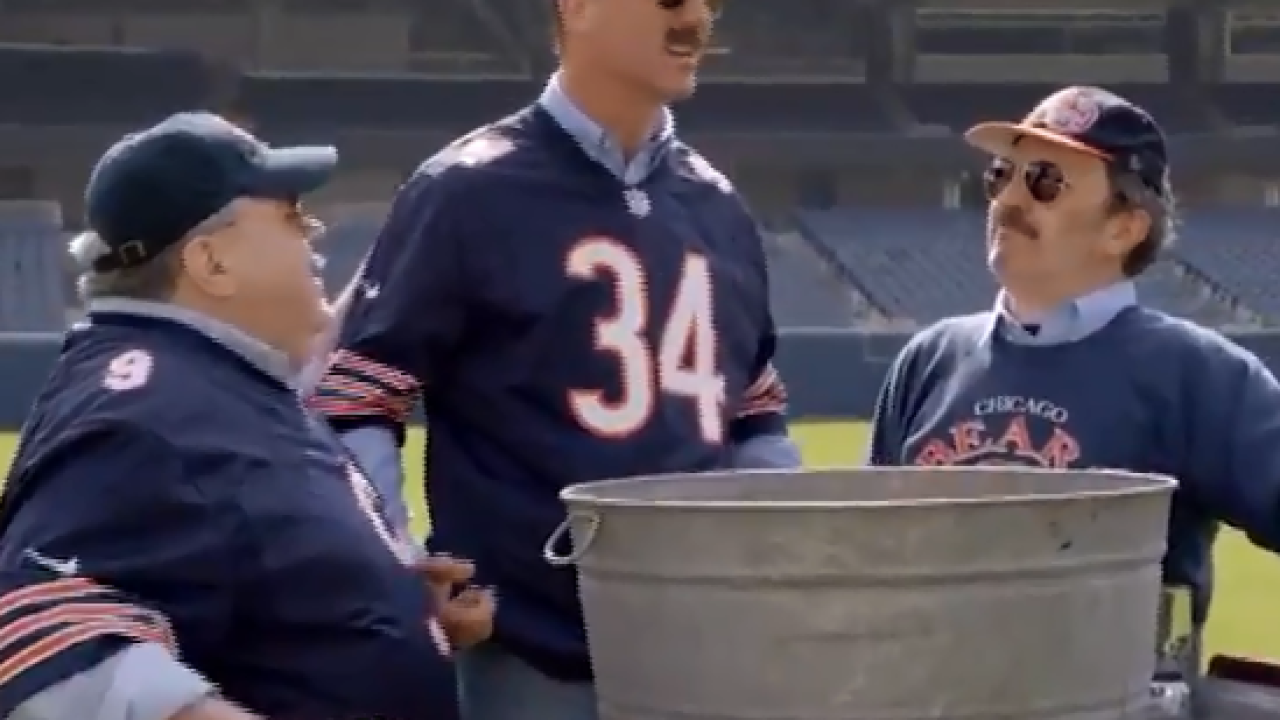 Be sure to catch your Green Bay Packers as they open the 100th NFL season on Thursday night against the Chicago Bears at Soldier Field. You can watch all the pregame festivities and game beginning at 6 p.m. Thursday only on TODAY'S TMJ4.

In an episode of "Peyton's Places," soon-to-be Hall of Fame quarterback Peyton Manning meets superfans who are wanting to baptize him as a Bears fan. Manning teamed up with ESPN+ for a 30-episode documentary series to relive 100 years of the NFL.

In the new episode of "Peyton's Places," the Bears baptize a new fan 😂

“Peyton the lesser, do you believe in Halas, the Papa Bear almighty,” the superfans recite. ”And in Iron Mike Ditka, his only son, who was conceived by the Holy Spirit and suffered under Mike McCaskey ... “Who descended into the hell that is Dallas but rose again and ascended into heaven, otherwise known as a certain city where the meat stuff the streets, Chicago, IL?”

“Do you believe in beers before noon, the holy sweetness and brats everlasting?”

“Well then Peyton, in the name of the Papa, the Ditka, and the 46 defense, I baptize thee into this Italian beef juice and out as a Bears superfan,” they end with.

After a face full of Italian beef juice, the former QB of the neighboring Indianapolis Colts dramatically throws his head back to now sport some aviator glasses and a Ditka 'stache, exclaiming, "Packers Suck!"