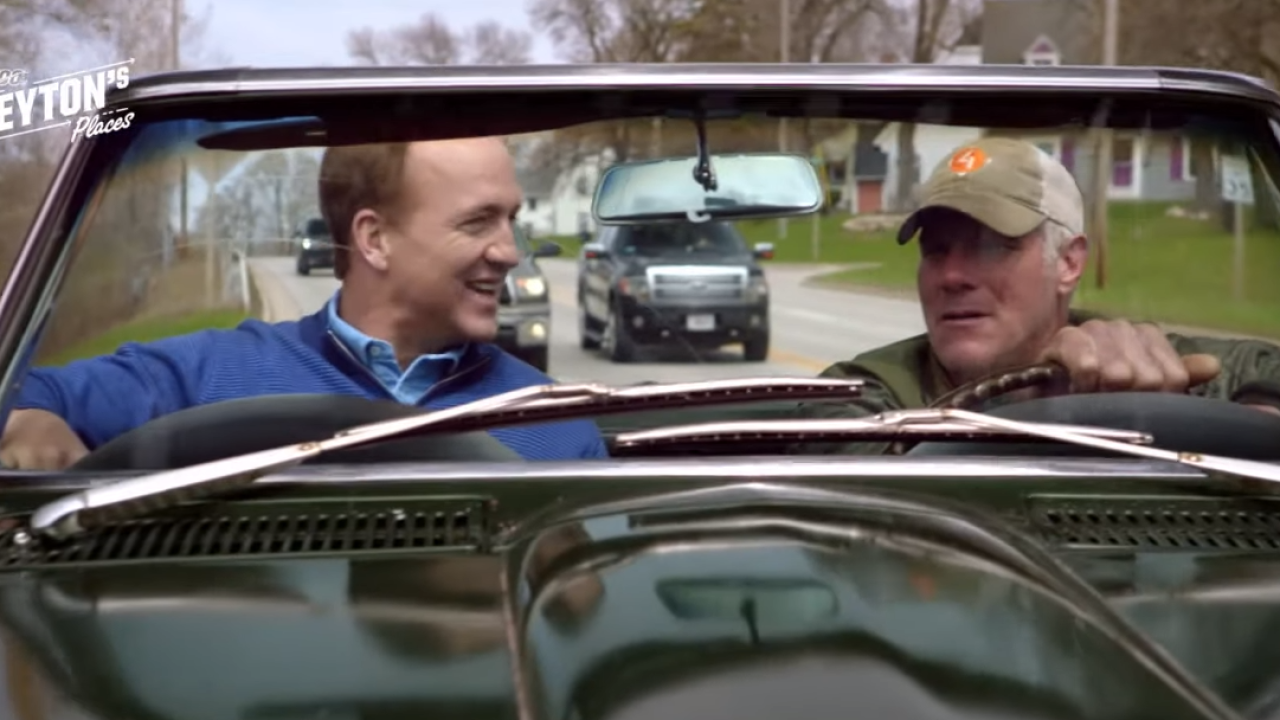 GREEN BAY — Peyton Manning took on Brett Favre in a road game last May, but it was a tad different than their past meetings.

The two NFL MVPs went on a tour de Green Bay in Bart Starr's Corvette and it was as entertaining as you'd think.

In a teaser for a "Peyton's Places" episode on the Green Bay Packers, the two Superbowl winners talk the legacy of the Pack while joyriding around in Bart Starr's iconic 1967 Greenwood Green Corvette.

"This car is Bart Starr's car that was presented to him for being the MVP of Super Bowl," said Favre as they drove down Lombardi Avenue.

"Do you have a street named after you?" asked Manning to the Packers Hall-of-Famer.

Spent the day back in Green Bay filming for “Peyton’s Places” with #18. Here we are in Coach Lombardi’s bar and in Bart Starr’s car. Show comes out on July 15 on ESPN+ pic.twitter.com/Qkikw3YNAU

"Peyton's Places" takes the soon-to-be Hall-of-Famer to the places that have made the NFL what it is today. His partnership with the NFL and ESPN+ has Manning finding all of the most entertaining ways to get fans revved up for the NFL's 100th season.

The teaser has Manning giving the inside scoop sitting to seasoned sports journalist Chris Mortensen on a few of the 30 episodes that will air on ESPN's streaming service, ESPN+. ABC and ESPN will recap compilations after full episodes air.

Speaking of the Pack, the Green and Gold take on the Vikings at Lambeau this Sunday at noon.