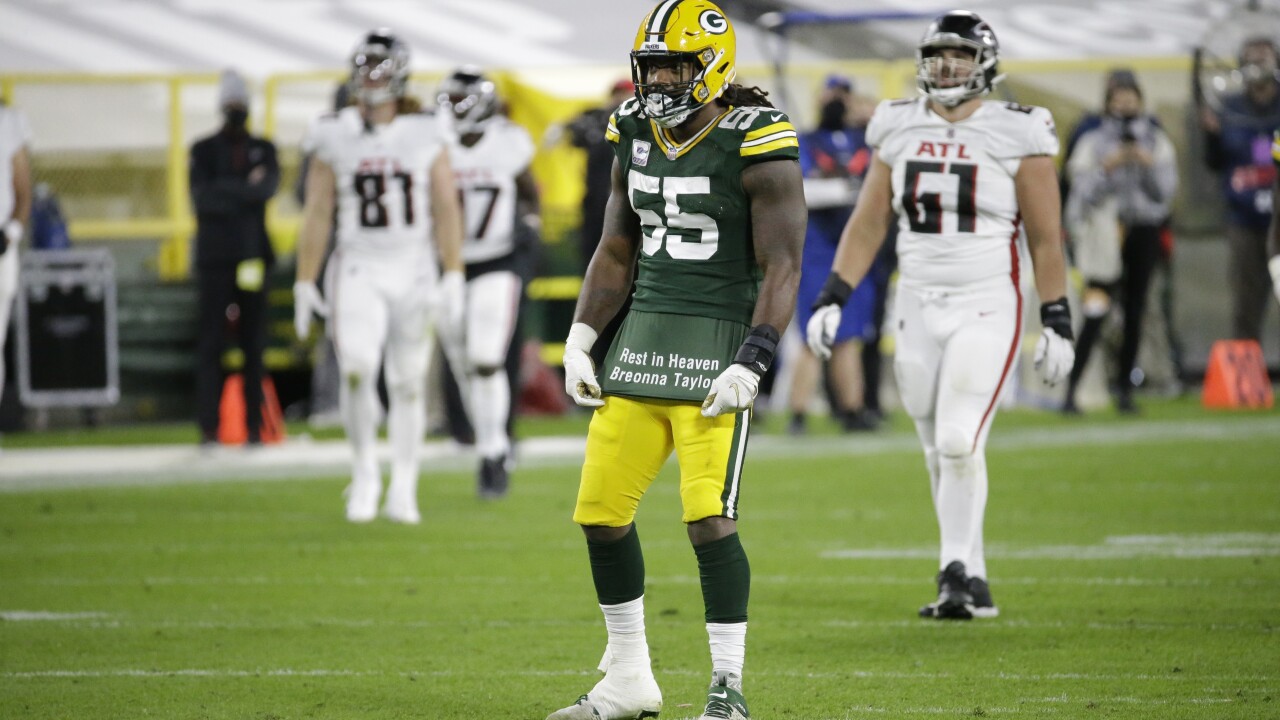 The message, "Rest in Heaven Breonna Taylor," was written on Smith's undershirt, which he showed after sacking Falcons quarterback Matt Ryan.

That's how you end a half!@TheRealZSmith with the 💥SACK💥#ATLvsGB | #GoPackGo

Taylor was shot and killed by police officers in her Louisville apartment in March. Police were serving a no-knock warrant at the apartment before the shooting. Taylor's boyfriend, Kenneth Walker, said police did not announce themselves before shooting at what he believed to be intruders. Officers fired back and shot Taylor.

No officers were charged with her death. A grand jury indicted one officer, Brett Hankison, with three counts of first-degree wanton endangerment, for endangering Taylor's neighbors during the shooting.

The Packers' defeated the Falcons 30-16.