Packers want to resign Aaron Rodgers 'sooner rather than later' 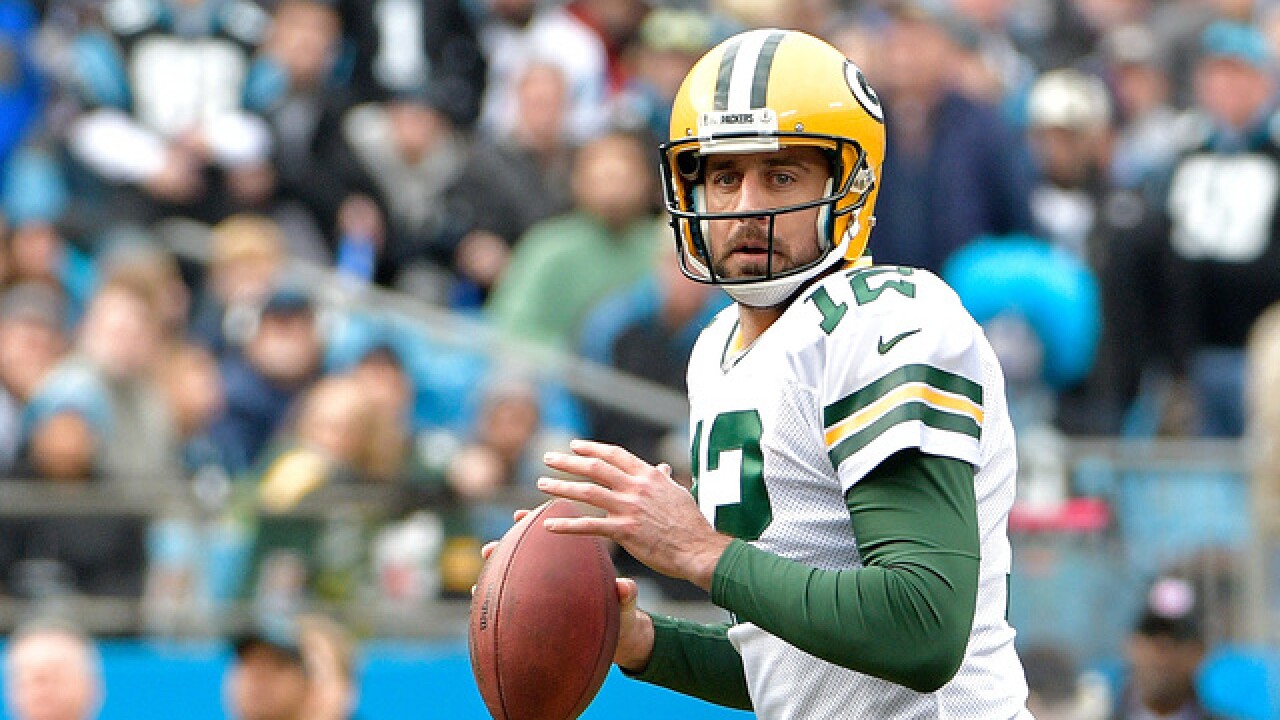 Copyright 2018 Scripps Media, Inc. All rights reserved. This material may not be published, broadcast, rewritten, or redistributed.
Grant Halverson
CHARLOTTE, NC - DECEMBER 17: Aaron Rodgers #12 of the Green Bay Packers drops back to pass against the Carolina Panthers during their game at Bank of America Stadium on December 17, 2017 in Charlotte, North Carolina. (Photo by Grant Halverson/Getty Images)

Even though Green Bay's star quarterback, Aaron Rodgers, isn't an unrestricted free agent until 2020 , the team doesn't want to wait much longer to ink their franchise cornerstone to a long-term deal.

“We’d certainly like to get it done sooner rather than later,” new Packers General Manager, Brian Gutekunst, said on Wednesday at the NFL Scouting Combine. “When you have the best player in the National Football League, it’s not going to be inexpensive. Obviously Aaron is a high priority, he’s a great player, and that should take care of itself at some point.”

Gutekunst is right about the price tag. With the current rate of mediocre free agent quarterbacks skyrocketing--Alex Smith is making 17 million next year with Washington--the Packers will have to unload a Brinks truck to keep Rodgers.

Heading into the 2018 season, Rodgers has a cap hit of 20 million (12 percent of the team's total cap) and that will qualify him as the 16th highest paid player in 2016--13th among quarterbacks.

The NFL's highest paid player next year is San Franciso Quarterback, Jimmy Garropolo, who inked a record deal that will earn him 37 million dollars next year.

Green Bay wants to make sure Rodgers is firmly under contract and never suits up for a rival like his predecessor, Brett Favre. Which is something he hinted at earlier this year.

"I think you have to be humble enough to realize if it could happen to Brett, it can happen to you," Rodgers said . Rodgers was speaking about possibly playing into his 40s like Tom Brady and perhaps needing to move on to win a Super Bowl.

The good news for the Packers, this is their second major negotiation with Rodgers, and with a relatively similar front office situation, both sides should understand each other well.

When Rodgers and the Packers went into negotiations for his current contract in 2013, both sides were in a nearly identical spot.

Rodgers had a comfortable two years left on his deal, and the Packers wanted to make sure the situation didn't get strained or stressed. New GM Brian Gutekunst wants to follow in the footsteps of former GM Ted Thompson and handle the situation in the same manner.

What Gutekunst doesn't want to follow is Thompson's passive attitude towards free agency.

We’d like to be really aggressive and see if we can be in every conversation,” Gutekunst said regarding free agency. “Now, whether that leads to us ending up signing a bunch or not, we’ll see. There’s limitations there. But we’d like to be as aggressive as we can to try to improve our football team.”

In his 12 year tenure, the only notable free agent signings by Thompson--outside of the notably brilliant Charles Woodson move-- were LeTroy Guion, Julius Peppers and Jeff Saturday . Useful, but not much to write home about. Gutekunst wants to change that.

And he gave no indication that a probable Rodgers' deal would impact any potential pursuits.

Side note, those seven players make up 55 percent of the Packers total salary cap in 2018, so there isn't much room to play with.

“It’s a big puzzle, and as the information comes in, as we get closer to the free-agent time period and get through the combine and get a better feel for the draft, some of those things will come into play,” Gutekunst said.