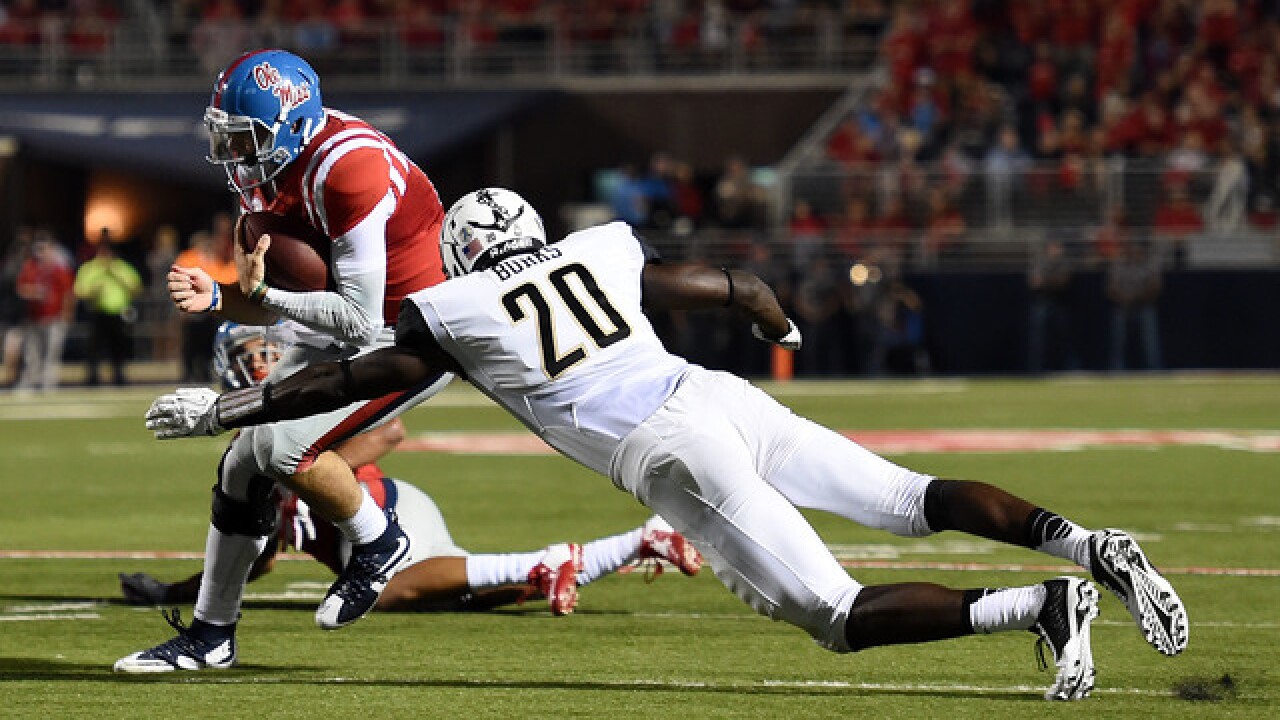 Image copyright 2018 Getty Images. All rights reserved. This material may not be published, broadcast, rewritten, or redistributed.
Stacy Revere
<p>OXFORD, MS - SEPTEMBER 26: Chad Kelly #10 of the Mississippi Rebels avoids a tackle by Oren Burks #20 of the Vanderbilt Commodores during the fourth quarter of a game at Vaught-Hemingway Stadium on September 26, 2015 in Oxford, Mississippi. (Photo by Stacy Revere/Getty Images)</p>

The Green Bay Packers announced they have third-round pick, Oren Burks, officially locking down all 11 members of their 2018 draft class.

Burks, a six-foot-three, 230 pound hybrid linebacker, safety and defensive back from Vanderbilt amassed 80 tackles last season, including seven for loss, while adding one sack and an interception.

Throughout his four year career, the senior had 228 tackles, 4.5 sacks and 5 interceptions.

The deal comes hours after the team signed second round cornerback Josh Jackson.

Jackson, an All-American cornerback last year, had 8 interceptions and 18 pass defenses for the Iowa Hawkeyes.

He transitioned from a role as a wide receiver his freshman year in Iowa City to one of the most feared corners in his draft class.

His contract is a reported four-year deal worth $6.2 million

The pair of signings come three days after they signed their first round cornerback, Jaire Alexander, to a four year deal worth $12 million.