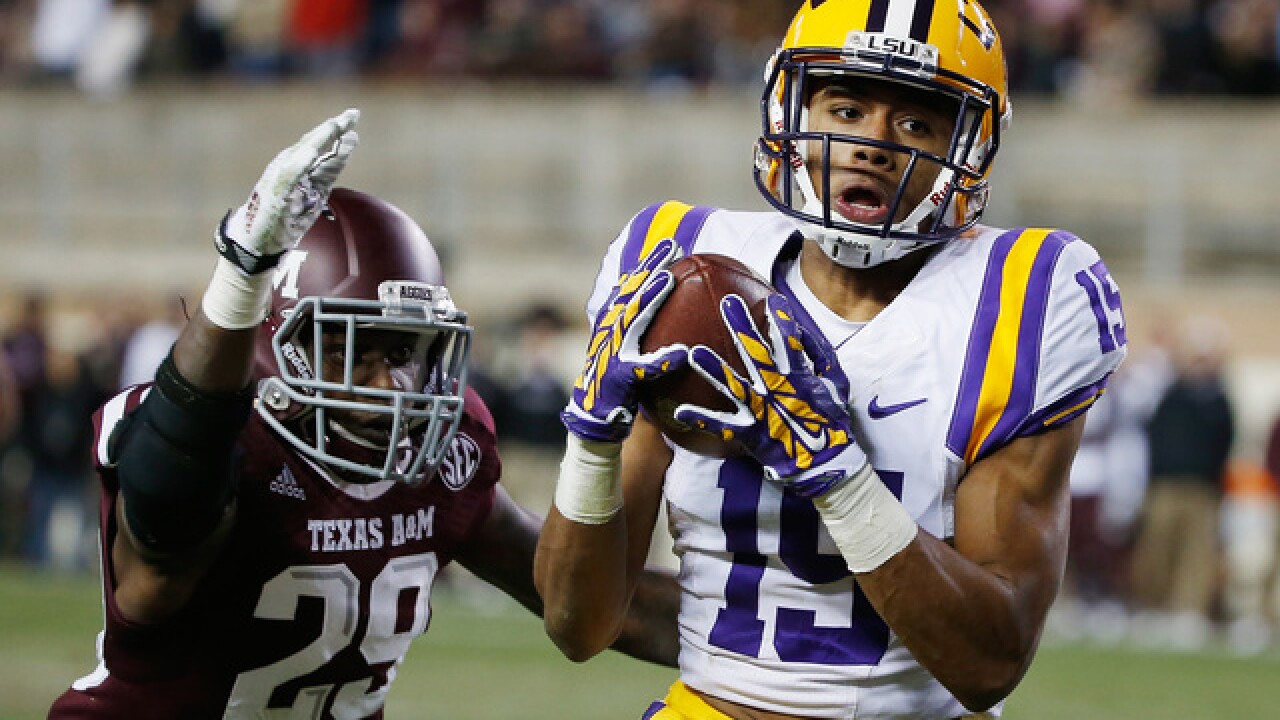 Image copyright 2017 Getty Images. All rights reserved. This material may not be published, broadcast, rewritten, or redistributed.
Scott Halleran
<p>COLLEGE STATION, TX - NOVEMBER 27: Malachi Dupre #15 of the LSU Tigers hauls in a long pass in front of Deshazor Everett #29 of the Texas A&M Aggies in the second half of their game at Kyle Field on November 27, 2014 in College Station, Texas. (Photo by Scott Halleran/Getty Images)</p>

Less than a week after the NFL Draft, the Green Bay Packers have already come to contract terms with 20 rookies .

The team announced on its website that five of its 10 draft picks have been singed, and it also agreed to deals with 15 undrafted rookie free agents.

Green Bay has not signed any of their top five draft picks, including second round selection Kevin King.

Every rookie, including the unsigned players, will be at Friday's rookie practice.

Here is a list of the five draft picks the Packers have signed thus far:

There are also some notable names among the 15 undrafted free agents :

The signings were announced Friday by General Manager Ted Thompson.