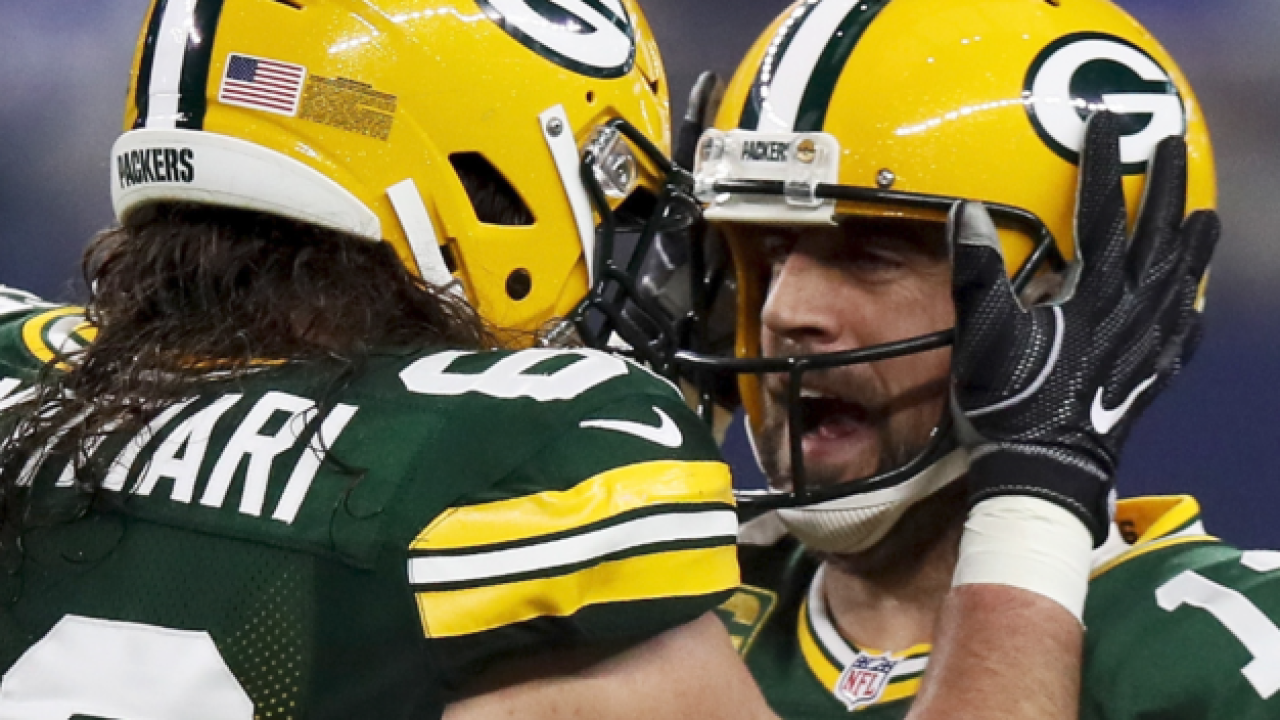 GREEN BAY — Aaron Rodgers and David Bakhtiari have been selected for the 2020 Pro Bowl taking place on Jan. 26.

This is the eighth time Rodgers has been selected for the Pro Bowl. He has the second-most selections by a Green Bay quarterback, trailing behind Brett Favre's nine.

This is Bakhtiari's second selection. His first was back in 2016 when he was chosen as an injury replacement.