Packers offense happy to have Bryan Bulaga back ahead of schedule 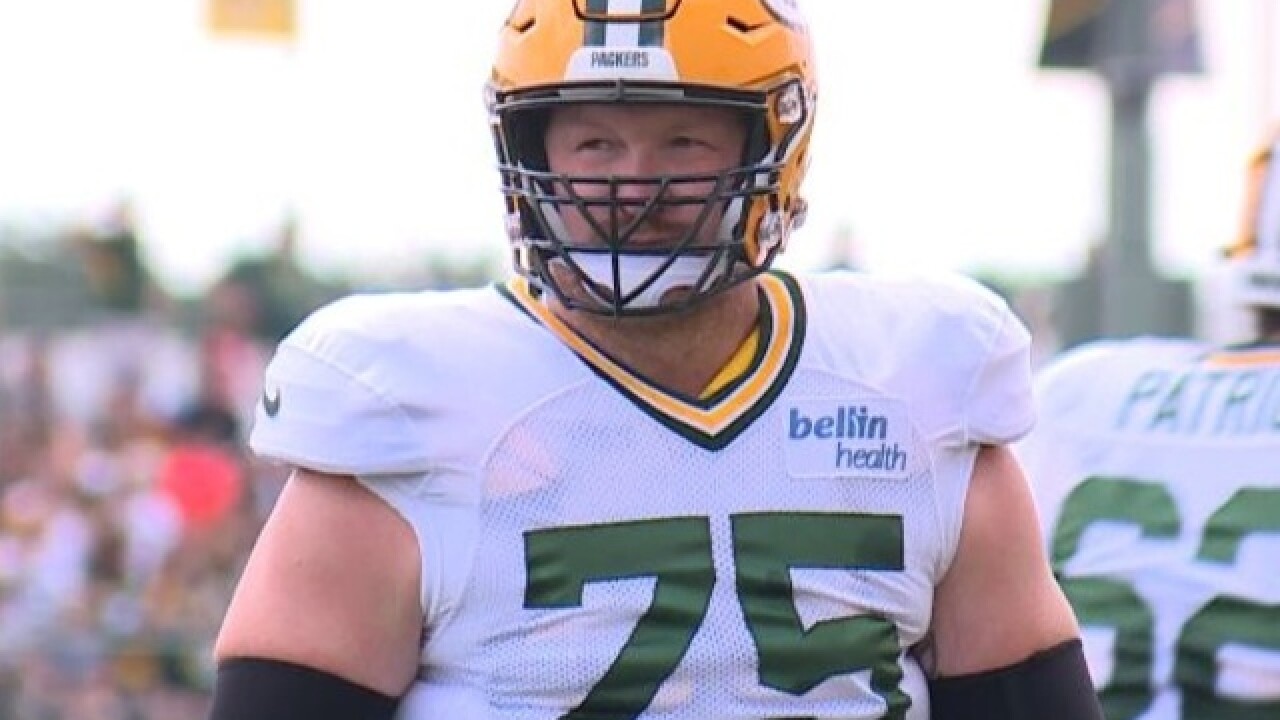 Only nine months after suffering the second ACL tear of his career, Packers starting right tackle Bryan Bulaga was cleared from the PUP list and returned to practice on Friday.

"I felt like I was ahead of schedule," Bulaga said. "The whole off season I felt really good so to me it's just getting back into techniques and going against people and feeling good about where I'm at."

Bulaga tore his right ACL on November 4, 2017 in Week 9's loss to the Detroit Lions.

"He's a pro's pro," quarterback Aaron Rodgers said. "Unfortunately, he's sustained a couple tough injuries but when he's out there, he's a rock."

Bulaga is unsure if he will play in preseason but said it shouldn't affect his preparation one way or another for week one's contest against the Chicago Bears.