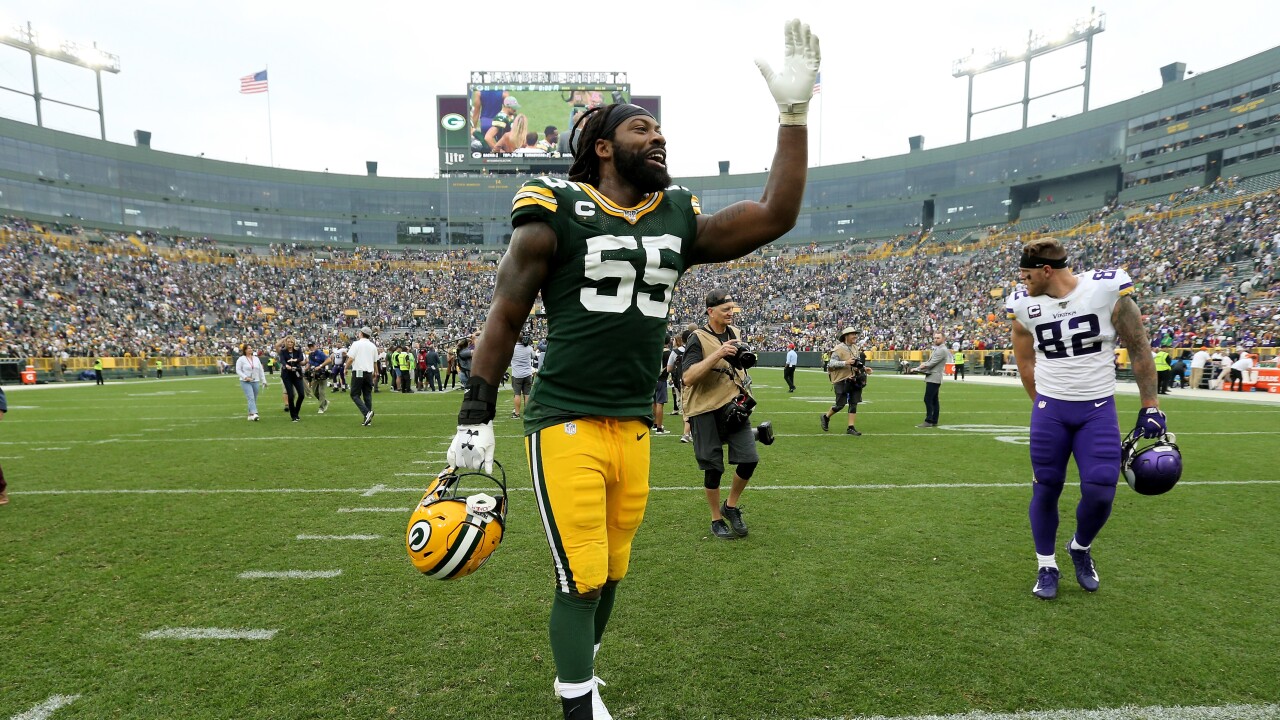 GREEN BAY — Green Bay Packers outside linebacker Za'Darius Smith was cited a month ago for possessing marijuana or synthetic marijuana, as well as speeding.

The Journal Sentinel reports that the citations stem from a Sept. 29 traffic stop while Smith and two other teammates were returning to Green Bay from a trip to Chicago.

The Racine County Sheriff's Office says the 27-year-old Smith was pulled over after deputies clocked him going 81 mph in a 60 mph construction zone.

No drugs were found on any of the players, but a search found three hollowed-out cigars filled with marijuana and a vaping cartridge inside a duffel back in the rear of the SUV. Smith was the only one cited.

Packers officials say they are aware of the situation and declined to comment further.