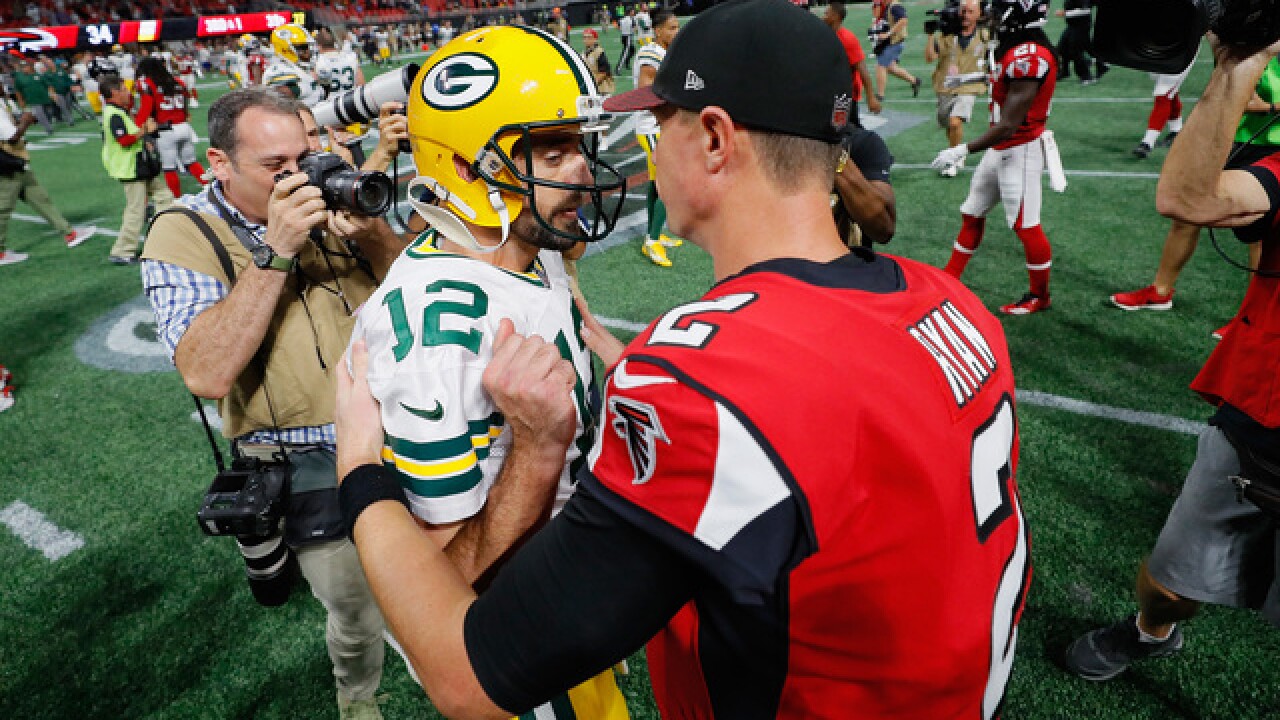 Copyright 2018 Scripps Media, Inc. All rights reserved. This material may not be published, broadcast, rewritten, or redistributed.
Kevin C. Cox
ATLANTA, GA - SEPTEMBER 17: Aaron Rodgers #12 of the Green Bay Packers talks with Matt Ryan #2 of the Atlanta Falcons after the Falcons defeated the Packers 34-23 at Mercedes-Benz Stadium on September 17, 2017 in Atlanta, Georgia. (Photo by Kevin C. Cox/Getty Images)

Earlier this offseason, Jimmy Garroppolo and Kirk Cousins already set per year records with $27.5 million and $28 million respectively. So, it's basically a game of one-up.

Ryan's contract certainly raised the bar for NFL quarterback contracts, but Packer fans are keeping their eye on one in particular--Aaron Rodgers.

Gutekunst cited potential deals for Ryan and Patriots quarterback Tom Brady holding up Rodgers market, but now that Ryan's payday has arrived, Rodgers day might be coming sooner than expected.

"We’re pretty confident that this is something that’s taking its normal course, its normal time,” Gutekunst told NBC Sports.

Packers fans were quick to take to social media to comment on the potential deal for their star quarterback.

Jared Scali added, "Wow. Aaron Rodgers is going to make bank if the Falcons gave this to Matty Ice."

One Vikings fan was happy to see the development, hoping the Packers would need to devote a significant portion of their future to keep Rodgers.

Some fans took it even further.

"At this point you might as well give Rodgers ownership of the Packers," @GurrpNC said.

The 32-year-old, Boston College product, Matt Ryan just finished his 10th season in the league with the Falcons.