Packers fans come in second place for best fan base in the NFL, FOX Sports says 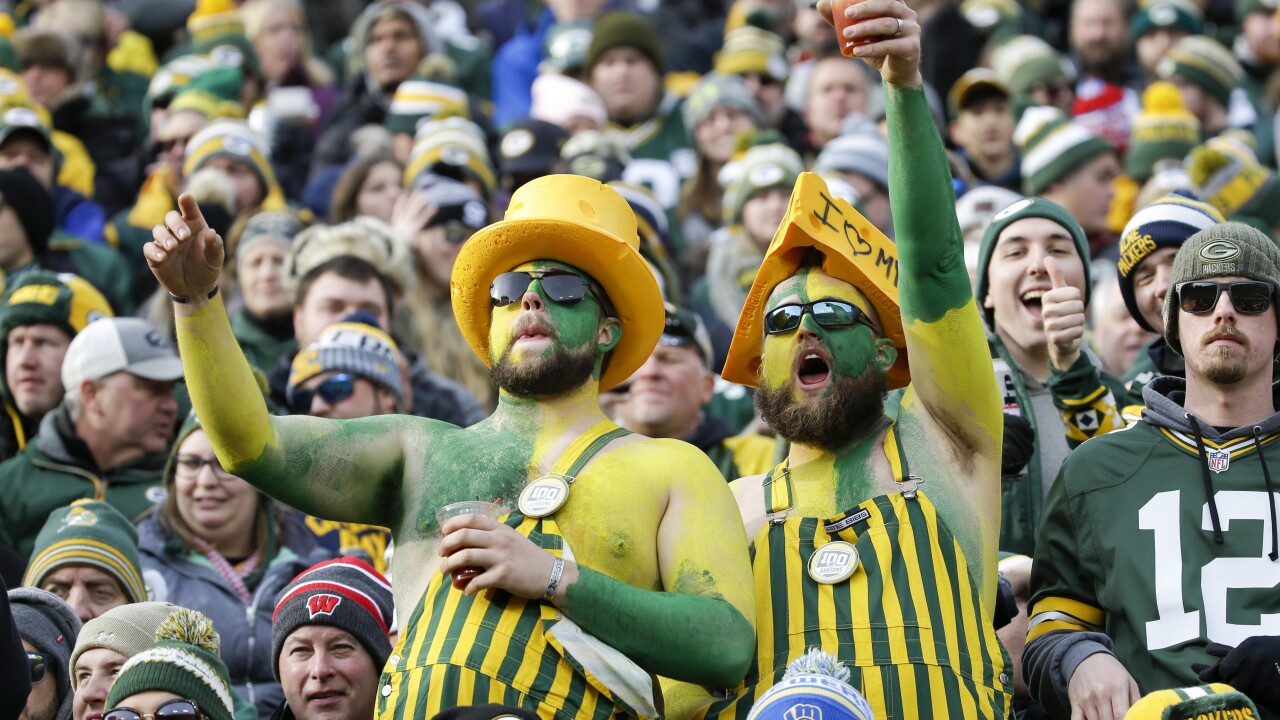 Mike Roemer/AP
Fans cheer at Lambeau Field during the first half of an NFL football game between the Green Bay Packers and the Washington Redskins Sunday, Dec. 8, 2019, in Green Bay, Wis. (AP Photo/Mike Roemer)

Green Bay Packers fans have cracked the top list of best fan bases in the NFL, according to a bracket made by FOX Sports. The Buffalo Bills fan base took the top spot in the field of 32 teams to win the FOX Sports "Ultimate Fan Bracket".

Bills fans defeated the Green Bay Packers in the Championship round by collecting 53 percent of the vote. 84,640 fans voted in the final round. The contest was held with fans voting on a Twitter poll.

According to FOX Sports the championship comes with a billboard that will state "Bills fans are the best in the NFL". An online poll will decide if the billboard is placed near the home of the New England Patriots, the New York Jets or the Miami Dolphins. At the time of this publication Foxborough, Massachusetts led with 81 percent of the vote for the placement of the billboard.

The Bills begin the 2020 season with the home opener against the New York Jets this Sunday.