Ex-Packers cornerback Damarious Randall makes a promise he may regret 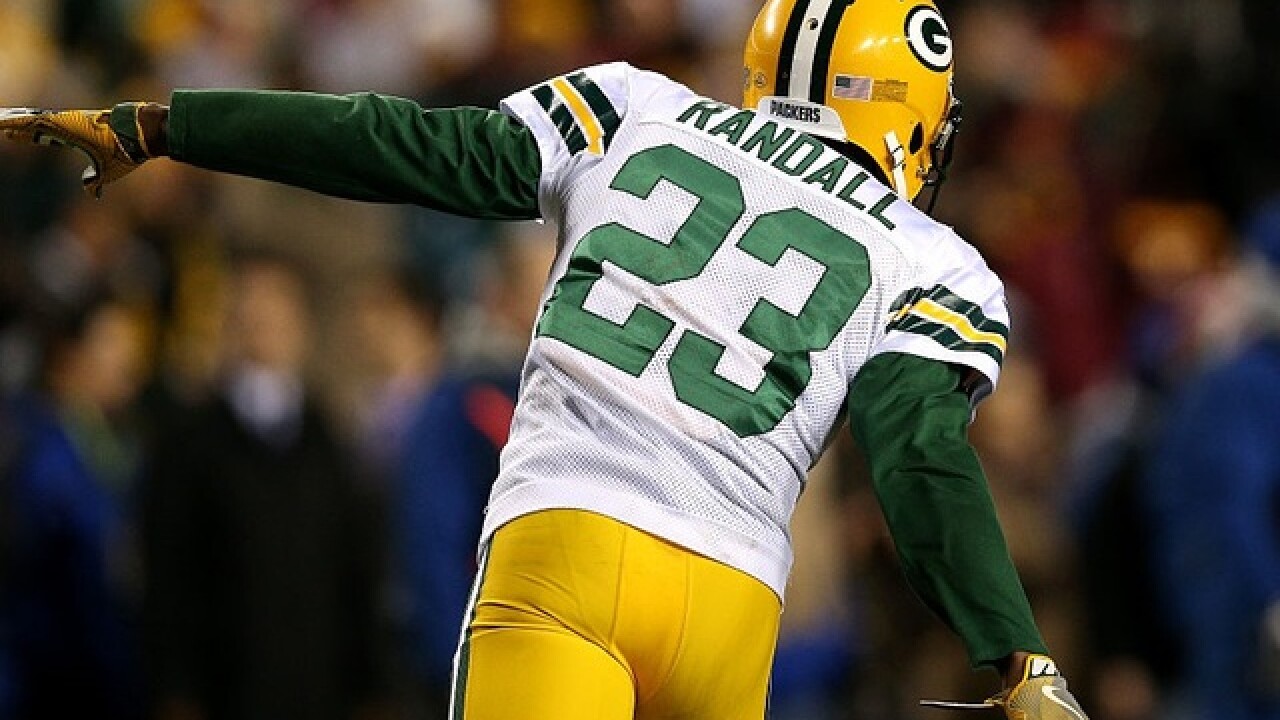 Patrick Smith
<p>LANDOVER, MD - JANUARY 10: Cornerback Damarious Randall #23 of the Green Bay Packers reacts to a play against the Washington Redskins in the fourth quarter during the NFC Wild Card Playoff game at FedExField on January 10, 2016 in Landover, Maryland. (Photo by Patrick Smith/Getty Images)</p>

MILWAUKEE, Wis. -- Former Green Bay Packers cornerback Damarious Randall said Monday that he would purchase a jersey for everyone who retweeted if the Cleveland Cavaliers win the 2018 NBA Finals. He did not specify what kind of jersey, however.

Currently, his tweet has more than 400,000 retweets and counting.

If the Cleveland Cavaliers win the 2018 NBA finals I’ll buy everyone who retweet’s this a jersey...

This will be the fourth straight season that the Cavaliers and Golden State Warriors will meet in the NBA finals. The Warriors were victorious in 2015 and 2017 and the Cavs in 2016. Going into this series, the Cavaliers are expected to be the underdogs. That's good news for Randall.

Randall was traded to the Cleveland Browns earlier this year.

Some fans had some fun tweeting back at the cornerback as well.

RT this screenshot for a receipt #WhateverItTakes pic.twitter.com/Y7l6oa3pIQ

This post is currently sitting at 12.3k retweets. At $100 a jersey, that's 1.23 million dollars. You will make less than 1.1 million dollars this year. Got a secret savings account?

Damarious in a couple of weeks... pic.twitter.com/bLy4oYM8qH