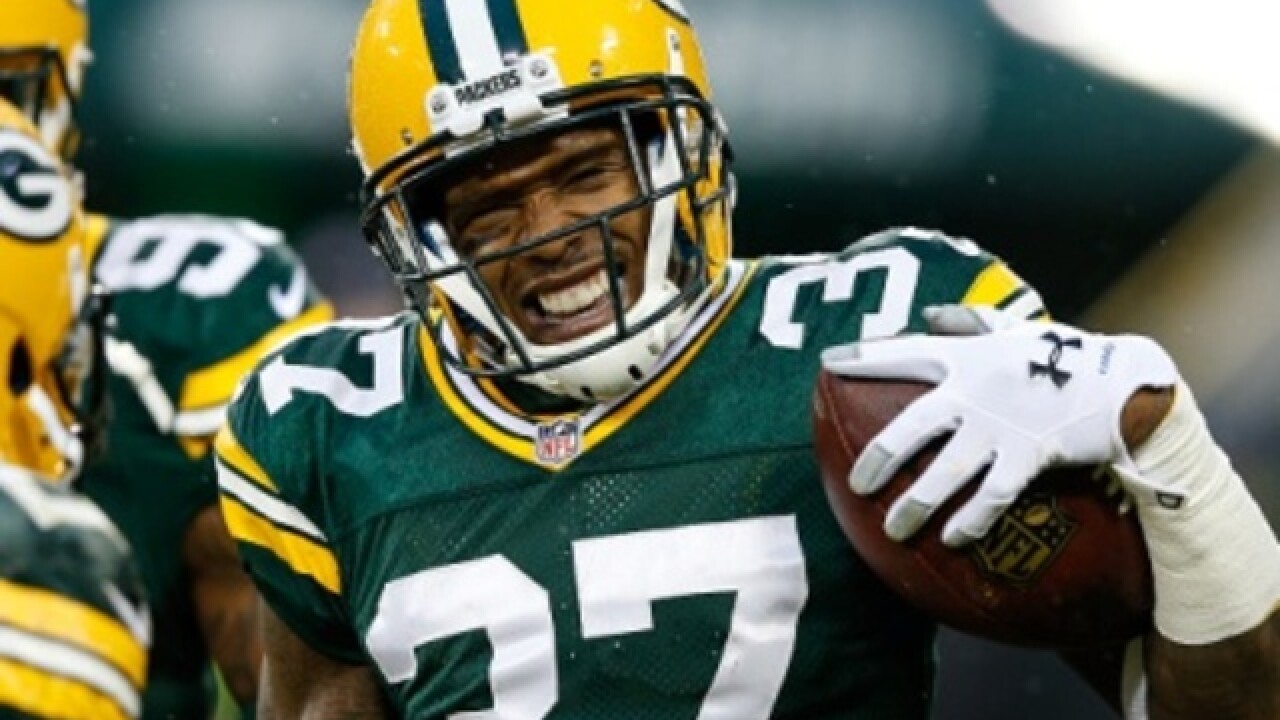 GREEN BAY, Wis. (AP) -- Green Bay Packers cornerback Sam Shields has entered a not guilty plea to marijuana possession.
Attorneys for Shields appeared on his behalf in Brown County Circuit Court on Friday. Shields was charged with two misdemeanors, possessing marijuana and drug paraphernalia, after he allowed officers to search his Green Bay area home in October.
A criminal complaint says officers went to Shields' home after he received a package from Colorado, where recreational use of marijuana is legal. The complaint says Shields acknowledged having marijuana in his home.
The cornerback was placed on injured reserve in October after a concussion and will not play this season.
Earlier this week, the team said it was aware receiver Geronimo Allison had been charged with marijuana possession after a traffic stop in September in Wisconsin.