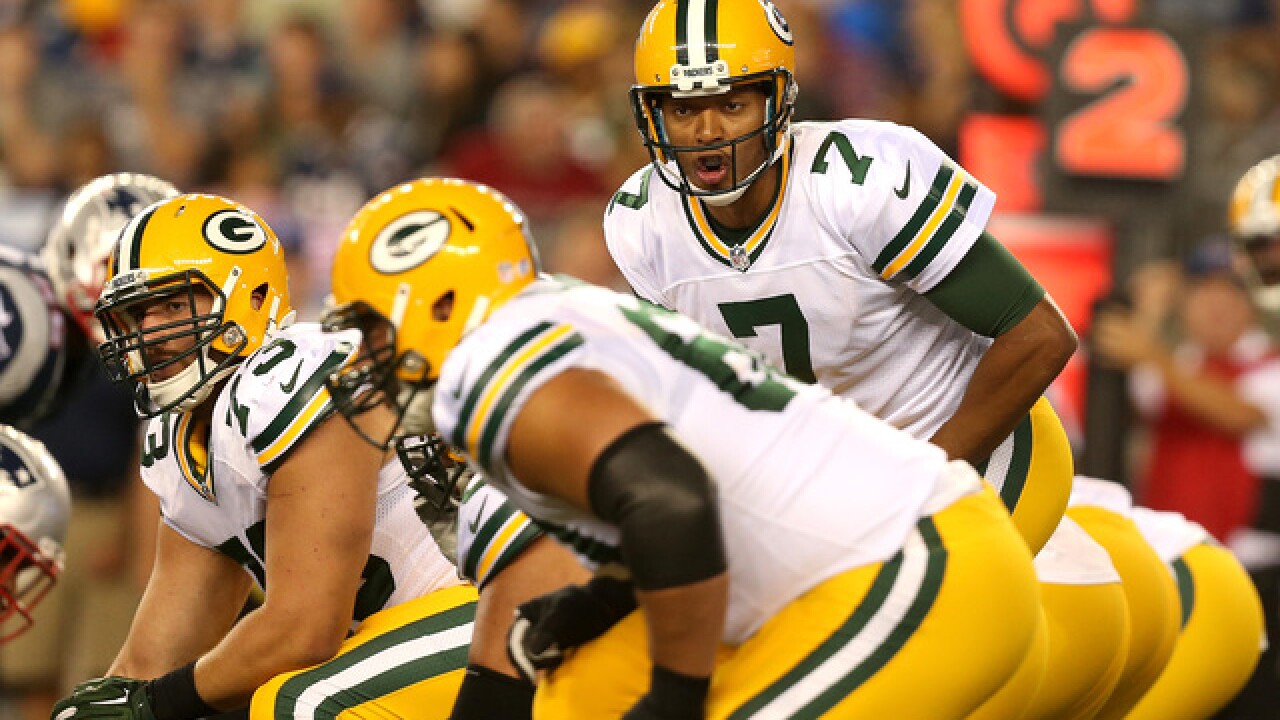 Image copyright 2017 Getty Images. All rights reserved. This material may not be published, broadcast, rewritten, or redistributed.
Mike Lawrie
<p>FOXBORO, MA - AUGUST 13: Brett Hundley #7 of the Green Bay Packers speaks at the line of scrimmage in the third quarter against the New England Patriots during a preseason game at Gillette Stadium on August 13, 2015 in Foxboro, Massachusetts. (Photo by Mike Lawrie/Getty Images)</p>

The Green Bay Packers 2017 preseason schedule was announced Monday. The Packers will have four games in August as they prepare for the start of the NFL season. Here is the schedule:

All games will be broadcast on TODAY'S TMJ4.

Green Bay finished 3-1 in the preseason last year (the Packers' Hall of Fame game with Indianapolis was canceled because of turf conditions).

Backup quarterback Brett Hundley missed most of the preseason last season with an ankle injury. Hundley played in four games during the 2016 regular season, going 2-10 for 17 yards and an interception.

The NFL hopes to release the regular season schedule sometime between April 17-21.