'Nobody is scared': Packers running back Jamaal Williams takes aim at Bears defense 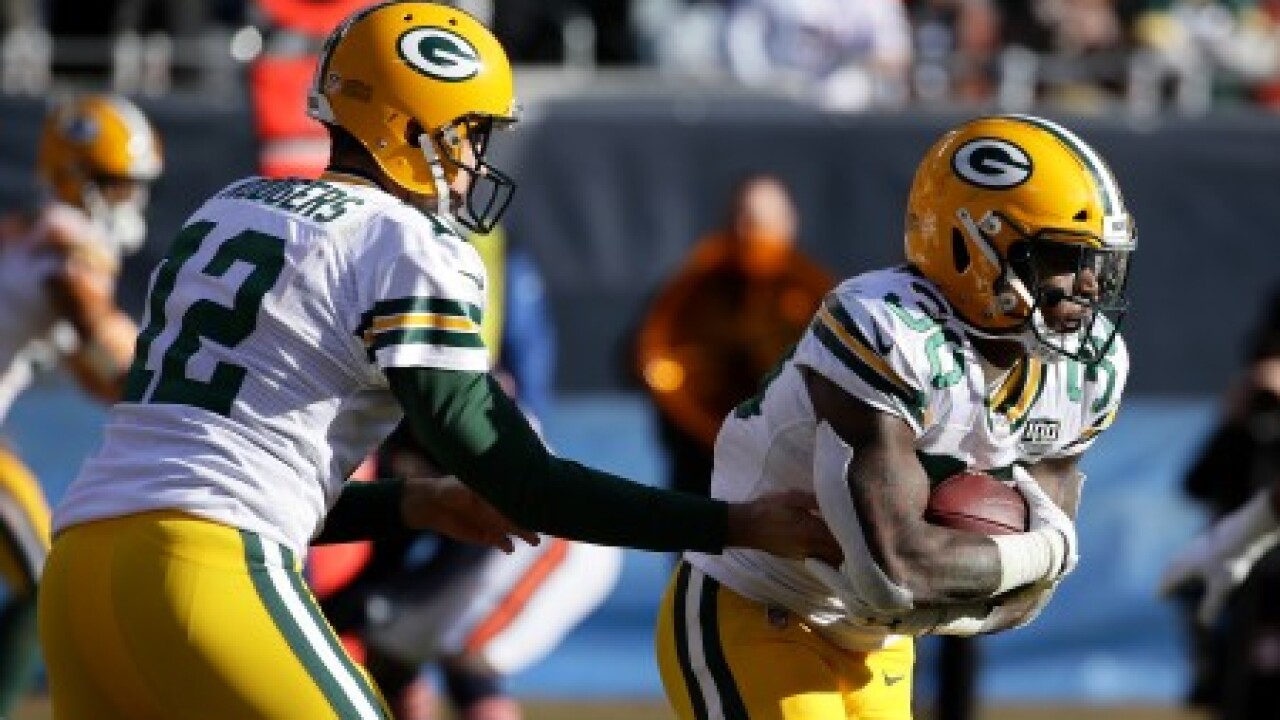 Be sure to catch your Green Bay Packers as they open the 100th NFL season on Thursday night against the Chicago Bears at Soldier Field. You can watch all the pregame festivities (6 p.m.) and game (7:20 p.m.) Thursday only on TODAY'S TMJ4.

GREEN BAY — When the Packers and Bears play, emotions run high. When fuel is added to the fire, the intensity level goes up a notch for the storied rivals.

The Bears return most of their key pieces from a defense that allowed 100 rushing yards to only two backs last season: Miami’s Frank Gore (15 carries for 101 yards) and the New York Giants’ Saquon Barkley (24 carries for 125 yards) en route to yielding a league-low 80 yards rushing per game.

Green Bay running back Jamaal Williams, who had a solid game in December after stepping in for an injured Aaron Jones, said Chicago’s unit doesn’t intimidate him.

“They’re a good defense, but nobody is scared,” said Williams, who had 97 total yards (12 carries for 55 yards and four catches for 42) against the Bears last season at Soldier Field. “Everybody bleeds red. Everybody is mortal. We’re going to play our game. We’re going to play Packers football.”

Jones didn’t play against Chicago in last year’s opener at Lambeau Field and left after only four carries in the showdown at Soldier Field, but he feels ready entering his first in-game action of 2019.

“I feel like I’m in good condition right now, good shape, going hard in practice, finishing runs in practice and running back to the huddle,” Jones said. “You’re going to have that added adrenaline, it’s Thursday, (season) opener. If you get tired, you probably shouldn’t be on the field.”

“They’re a good defense, but nobody is scared." — Packers running back Jamaal Williams

Neither Williams nor Jones played in the preseason due to minor hamstring tweaks and a questionable playing surface in Canada.

Both enter the season healthy and optimistic about the commitment coach Matt LaFleur has shown to the run.

“You’re always supposed to have patience as a running back, but really we’re just going to go in there and do what we planned this whole week and work,” Williams said. “They’re going to get a few stops, but we’re planning on just running our offense and really getting the offense moving.”