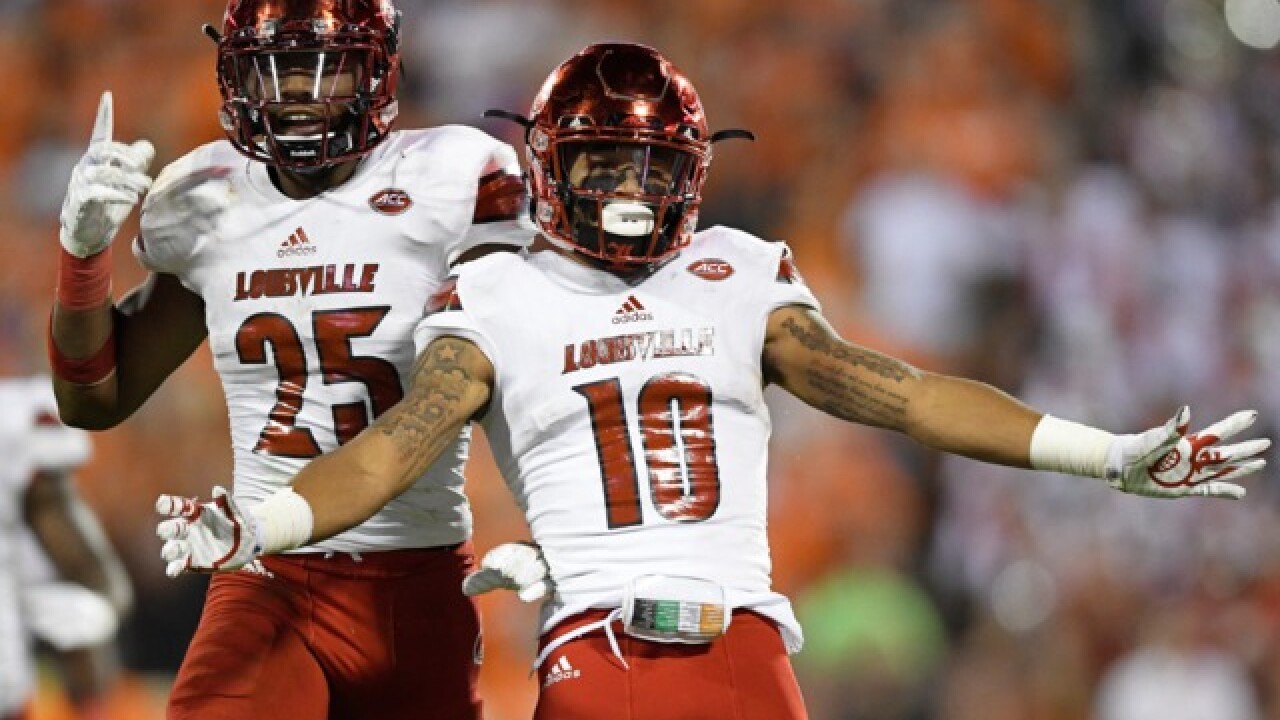 ARLINGTON, Tex. -- The latest member of the green and gold has some serious dance moves, Packers fans.

Selected with the 18th overall pick in the first round of the 2018 NFL draft, Louisville cornerback Jaire Alexander should bring a much-needed boost to the Green Bay secondary -- but it looks like he'll also be bringing a pre-choreographed celebration dance to the table.

Asked in a post-draft news conference what his pick-six dance would look like, Alexander was happy to demonstrate. Watch below:

Get it, Jaire! We're not sure what all the dramatic pointing is about, but the touchdown signal at the end couldn't be clearer. Hopefully the young cornerback has plenty of opportunities to bust a move during his rookie campaign.

With his potential to make an immediate impact, Alexander was too good to pass up for new coordinator Mike Pettine's defense.