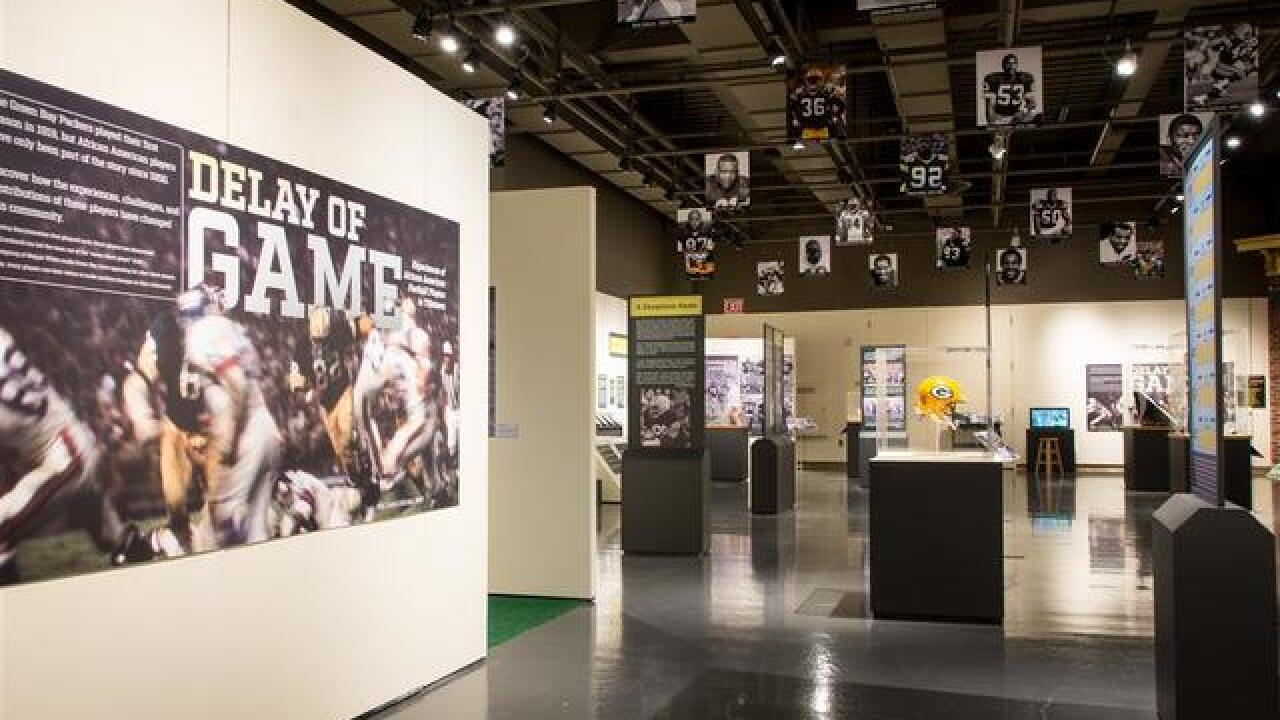 GREEN BAY, Wis. (AP) — A Wisconsin museum is highlighting the contribution of the Green Bay Packers’ first African-American players in a new exhibit, as the team the gears up to celebrate its centenary in professional football.

The exhibit also includes the Packers’ first African-American player, wide receiver Bob Mann. He played for the team from 1950-1954.

“When he joined the team he could not stay in the hotels where the teams were playing or even where they were based in Green Bay,” Mann’s widow, Vera Mann said.

She said the team would find a shack for Mann that “didn’t have heat or water, but that is all that was available to him at that time.”

Bob Mann would say that “it was a sign of the times and just politics ... So he did not really think a lot about race, as odd that sounds,” according to his daughter, Marilyn Matthews.

The exhibit opened Aug. 11 and will remain open until March 2019.