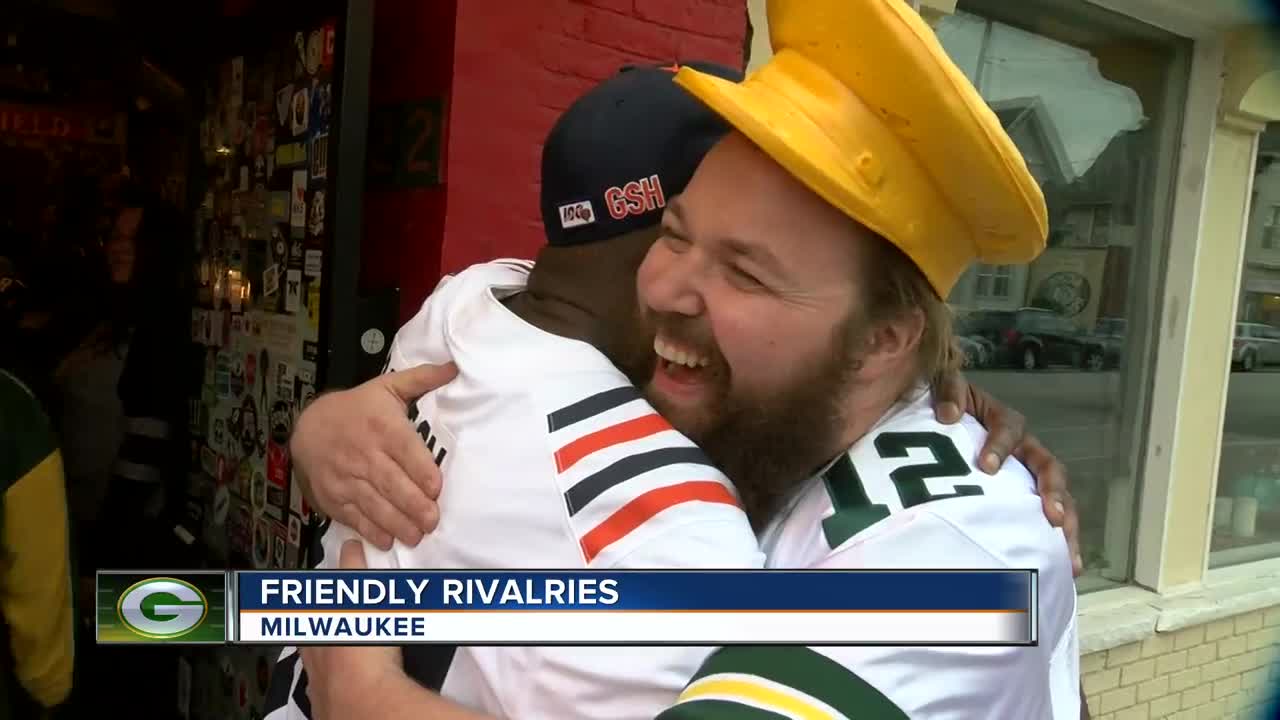 t was a stateline rivalry night in sports, with the Brewers taking on the Cubs and the Packers playing the Bears. At Miller Park, the grills were not the only thing heating up in tailgates. 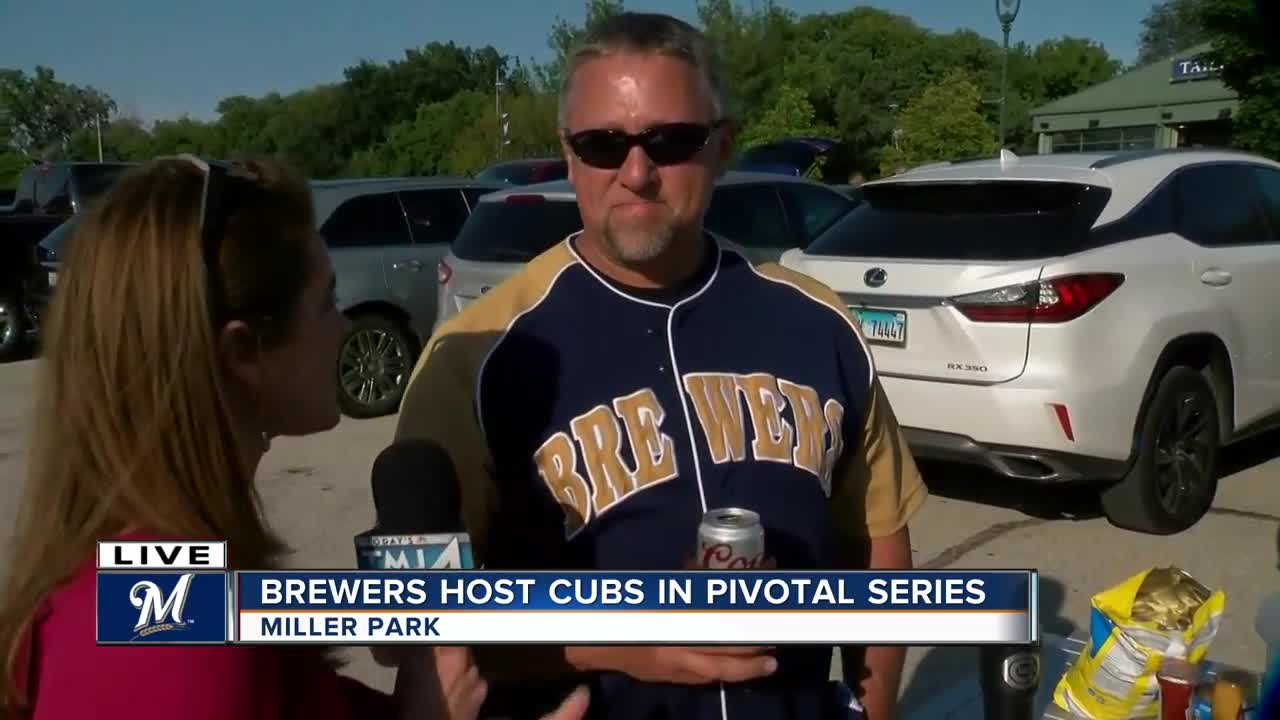 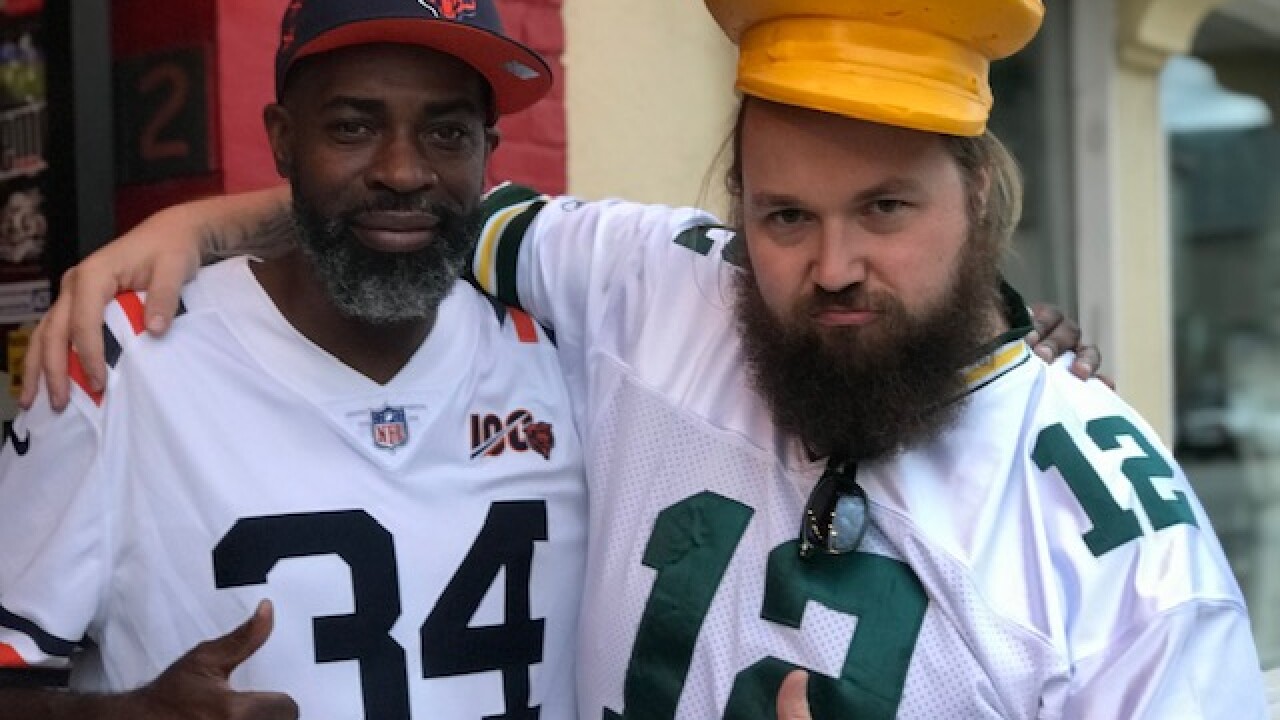 MILWAUKEE — It was a stateline rivalry night in sports, with the Brewers taking on the Cubs and the Packers playing the Bears. At Miller Park, the grills were not the only thing heating up in tailgates.

"We finally got past last year's Milwaukee winning the division thing," said Donna Millard of Brodhead.

Millard was with boyfriend Larry Winterland. They are a divided household, with Millard a die-hard Brewers and Packers fan. Winterland is a die-hard Cubs and Bears fan.

"We are still talking right now. It's afterward that's an issue," said Winterland.

Across the city in Bay View, Highbury Pub turns into the "HighBeary Pub." The Bears bar was filled with Packers and Bears fans. It was mainly friends rooting for opposite cities.

"We're cheering for our teams. We're fans; they're historians. They keep thinking about '85," said Joe Skoko, talking about his good friend Charles Maxwell who was wearing a Bears jersey.

"And we just want to beat Green Bay," said Maxwell.

For friends and coworkers Don Black, who is a Bears fan, and Ben Koenigs, who is a Packers fan, the trash-talking started early.

"Today at work was not good. There was a lot of glaring, looking at each other and like get out of my way," said Black.

But they say their friendship has survived the previous matchups.

"It will be OK. Until somebody loses," said Black.