McCarthy's connections to Browns could lead to Cleveland job 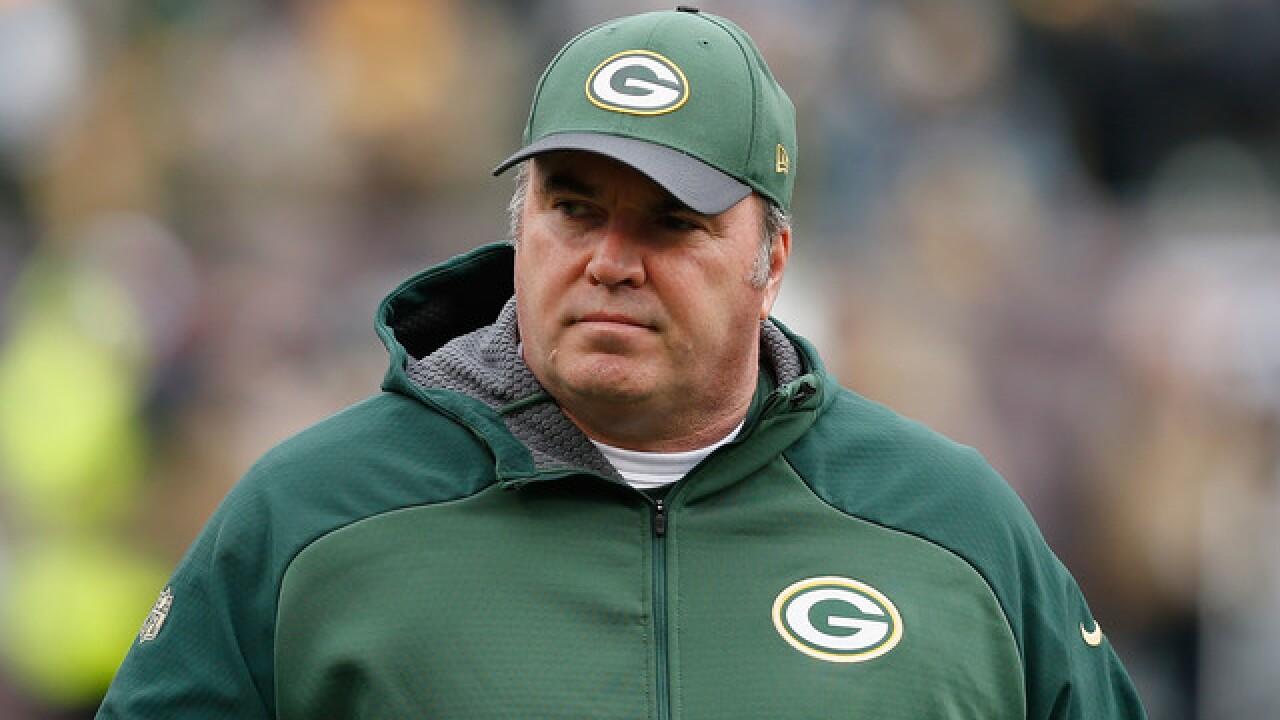 Image copyright 2017 Getty Images. All rights reserved. This material may not be published, broadcast, rewritten, or redistributed.
Lachlan Cunningham
<p>OAKLAND, CA - DECEMBER 20: Mike McCarthy Head Coach of the Green Bay Packers leaves the field after warm ups before the game against the Oakland Raiders at O.co Coliseum on December 20, 2015 in Oakland, California. (Photo by Lachlan Cunningham/Getty Images)</p>

BEREA, Ohio (AP) -- Mike McCarthy's connections with the Browns could land him his next job.

Dumped by Green Bay on Sunday after 13 seasons, a Super Bowl win and amid a seemingly growing rift with quarterback Aaron Rodgers, McCarthy's candidacy to become Cleveland's next coach has gotten more legitimate.

The 55-year-old McCarthy was already being mentioned as a possibility for the Browns, who dismissed Hue Jackson last month and will wait until after the season before hiring his full-time replacement.

As far as center JC Tretter is concerned, the Browns couldn't go wrong with McCarthy.

"I've always enjoyed working with Mike McCarthy," said Tretter, who played four seasons under McCarthy before signing as a free agent with Cleveland in 2017. "I think what he has done in his career in Green Bay has been extraordinary. I think he's a great man, too. I don't have a bad thing to say about Mike McCarthy. He was really an awesome leader and an awesome coach."

McCarthy is no stranger to the Browns.

General manager John Dorsey, who has revamped Cleveland's roster and is leading the team's coaching search, spent 21 years as an executive in Green Bay and helped hire McCarthy. Browns assistant GM Eliot Wolf, son of former Packers GM Ron Wolf, worked in Green Bay's scouting department for 14 years, and vice president of player personnel Alonzo Highsmith was with the Packers for 19 years before he was hired by Dorsey.

Tretter said he can't provide any more information to Cleveland's executives about McCarthy than they have already.

"They know enough upstairs," Tretter said. "They got Eliot and Alonzo and they've got other guys from the Green Bay organization. I don't think I can bring anything more to the table than they already know. They were with him longer than I was and they were upstairs with him more than I was downstairs with him, so I think they know everything they need to know. I'm just looking forward to seeing the direction we go with this team."

Dorsey hasn't revealed much about his plans to hire Cleveland's 17th full-time coach -- and sixth in the past 10 years.

It will be tough for any candidate to have a resume as impressive as McCarthy's.

He went 125-77-2 in 13 seasons with the Packers, leading them to a Super Bowl title in 2010. However, Green Bay has struggled the past two seasons, missing the playoffs last year for the first time since 2008.

The Packers are 4-7-1 this season, with McCarthy's relationship with Rodgers becoming a weekly drama around the team.

Tretter knows both men well, and said any of differences have been exaggerated.

"That whole story line gets a little overblown," Tretter said. "They are just two competitive people and I think they are both competitive in the same direction in that they both want the team to win. They just are very confident in what they think is best for the team to win, so I never really interpreted it as a bad thing."

Rookie quarterback Baker Mayfield has shown signs of being the franchise QB the Browns have coveted for years, and any coach who comes to Cleveland will be required to further develop him.

Tretter feels McCarthy would be ideal for Mayfield.

"They would do great, he said. "He started working with Aaron when Aaron was a rookie, too, and Aaron's developed into a hell of a player, so I think that relationship would be fine. I see a lot of similarities between Aaron and Baker personality-wise, competitiveness, and that's all the things that Aaron came in with, too, when he was a young player, so I think they'd work well together."

NOTES: S Denzel Ward remains in concussion protocol after getting hurt in Sunday's loss to Houston. ... DL Larry Ogunjobi (biceps) said he doesn't think his injury is serious. Williams said Ogunjobi was still undergoing tests. ... The Browns did not put a claim on former Chiefs running back Kareem Hunt, waived Saturday after a video showed him shoving and kicking a woman at a Cleveland hotel. Dorsey drafted Hunt in the third round in 2017.